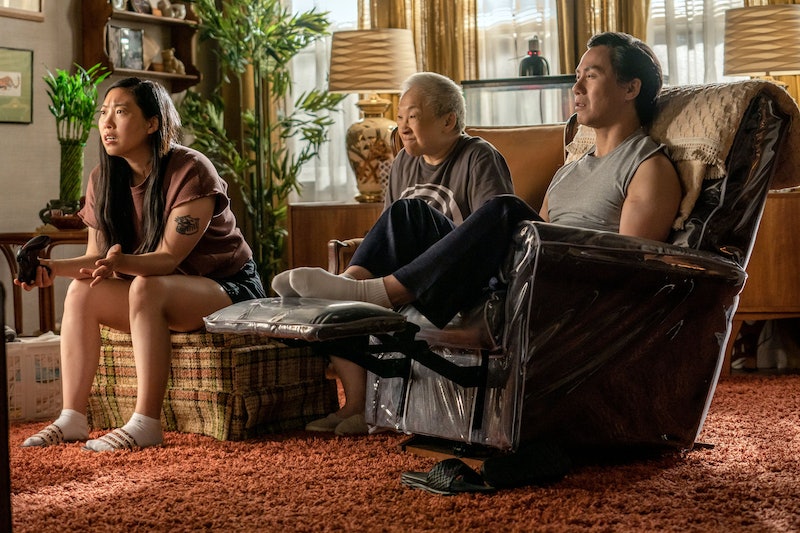 Spoilers ahead for Awkwafina Is Nora from Queens. As the title of Awkwafina's new series implies, her protagonist is from the hallowed borough of Queens, New York. Born Nora Lum, Awkwafina is from Forest Hills, per Vice, and since the sitcom is semi-autobiographical, her character lives in that neighborhood, too. Fortunately, there are plenty of Queens easter eggs in Nora from Queens, which both former and current residents will revel in finding.

"Forest Hills is where Long Island meets Park Slope meets Archie Bunker," Awkwafina told Vice back in 2015, later saying, "The most refreshing thing about Forest Hills is that it has not changed. Aside from storefronts opening and disappearing, the character of the neighborhood has stayed the same since I was a baby. It's one of those neighborhoods that was never a completely gentrified area."

According to Time Out New York, Nora from Queens was filmed around NYC — both in in the show's titular borough and beyond. The protagonist's house, however, was filmed on a set. So if you're from the area, it's possible you'll recognize some of the places on the show. But if you miss anything, don't worry, these are all of the Queens easter eggs audiences can find in Awkwafina's new Comedy Central series, broken down by episode throughout the season.

More like this
A Guide To All Of Zach Shallcross' 'Bachelor' Filming Locations
By Brad Witter
'Abbott Elementary' Fans Probably Missed This 'Parent Trap' Easter Egg
By Sam Ramsden
'The Catch' Revisits A Famed Irish Filming Spot From 'The Tudors'
By Darshita Goyal
Everything To Know About 'And Just Like That...' Season 2
By Jack Irvin and Grace Wehniainen
Get Even More From Bustle — Sign Up For The Newsletter
From hair trends to relationship advice, our daily newsletter has everything you need to sound like a person who’s on TikTok, even if you aren’t.