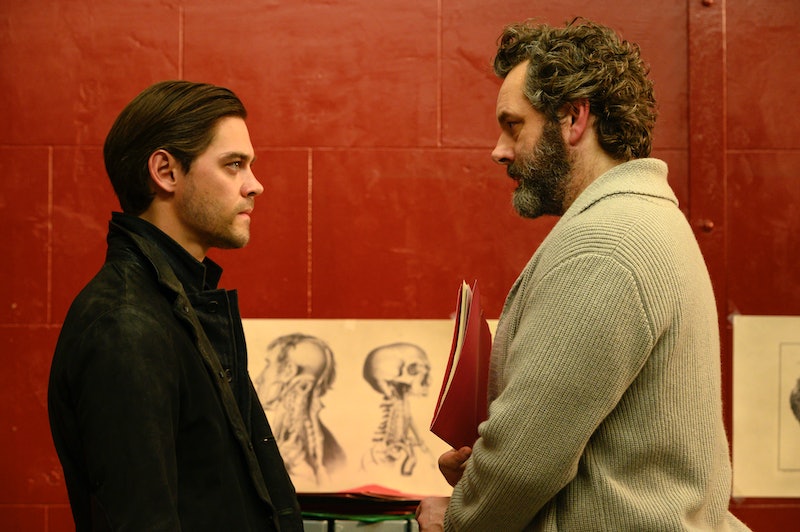 To say that Malcolm Bright's childhood wasn't easy would be an understatement. (That'll happen when your dad is a renowned serial killer.) However, on Prodigal Son, it's clear that adulthood doesn't seem to be treating poor Malcolm much better, especially now that suppressed memories from his past are coming back to haunt him. The fall finale "Silent Night" is bound to shed some light on the matter, but that isn't the only mystery in need of solving. Figuring out when Prodigal Son Season 1 returns could prove to be just as challenging as any metaphorical demons Malcolm will face by the end of the hour.

As of now, it's unclear when exactly the series will come back from its winter hiatus. No official return date has been announced, though that information could be uncovered sooner than you think. Most networks announce a show's return in a quick promo at the end of each respective fall finale. If FOX follows this pattern, then a 2020 premiere date for the second half of Prodigal Son's freshman season will most likely be revealed on Monday, after the episode is over. Odds are, though, it'll be sometime in mid to late January, which is commonly when most shows pick back up after the holidays are over. But that's just mere speculation at this point.

The good news is that Prodigal Son is guaranteed to come back for an extended period of time. FOX granted a full season order to the series back in October after just two episodes, making it the first fall show to receive an official pickup up this year. According to TVLine, that brings the Season 1 episode count up to 22, so with only 10 episodes down at this point, there's still quite a bit of story left to tell.

One thing fans can look forward to in the new season: more Bright and Edrisa scenes. The troubled profiler and quirky medical examiner have had an odd sort of chemistry since day one, and it's a relationship showrunners Chris Fedak and Sam Sklaver want to explore more when Prodigal Son returns for the rest of Season 1. "We get to really tell some Bright/Edrisa stories in the back nine [episodes] that we're very excited for because... they're very, very funny together," Sklaver told TV Insider. Given the fact that Bright is on the hunt for truths about his serial killer dad, having a friend in the morgue will definitely come in handy in episodes to come, no matter what the fall finale brings.

More like this
'Stranger Things' Fans Are Begging For Steve To Live For The Funniest Reasons
By Grace Wehniainen
We Finally Know When 'Grey’s Anatomy' Is Coming Back
By Brad Witter
'Stranger Things' Season 4 Volume 2 Trailer Teases New Episodes Coming July 1
By Grace Wehniainen and Gabrielle Bondi
The 'Ms. Marvel' Review Bombing Controversy, Explained
By Radhika Menon
Get Even More From Bustle — Sign Up For The Newsletter