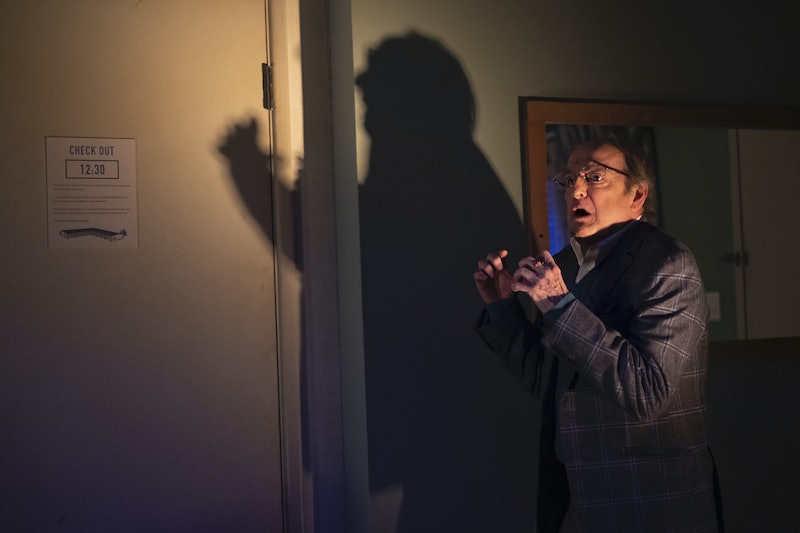 Not only did HBO renew Room 104 for Season 4 all the way back in February, but co-creator Mark Duplass confirmed to Inverse in September that they've already finished filming. So while an official premiere date hasn't been announced, it shouldn't be too long of a wait for the show to return. Expect something around fall 2020, if not earlier.

As for what Season 4 will entail...well, expect the unexpected. Each episode of the anthology series takes place in the same hotel room, with a variety of characters taking up residence there in plots that range from horror to comedy. The Season 3 premiere finally revealed the room's origin story, but as Duplass told TV Insider, the rest of the episodes were "very much about pushing the boundaries of what the room can be" and being more experimental, which will likely continue in Season 4.

"We wanted to stretch the limits this season in terms of not only the container that the room is and still abide by the rules of the room, which are we don't leave the room, but maybe we do a little bit," he said.

They also leave a lot of room to play with the stories after filming — which explains why, even though they've already shot Season 4, it could be as long as a year before Room 104 comes back.

"I think a lot of more traditional television development people will look at some of the scripts that we have going into production, and they'll be like, 'What the f*ck are you doing? This isn't ready yet,'" Duplass told IndieWire in 2018. "[But] we put it up, and we shoot it fast and furious and with that demo-like energy, and then we do a lot of our cleaning and curating and streamlining in post."

It's a rather unconventional approach, but one that keeps you guessing. And considering the team gets to start over with a blank slate each episode, they have no shortage of ideas for many seasons to come.

"You turn [Room 104] on, you don't know what the episode is going to be," showrunner Sydney Fleischmann told Inverse. "You don't know if it's going to be a drama. You never know where it's going to go in the first minute or two. So it's when you first tune in you're immediately unsettled because you have no bearings yet."