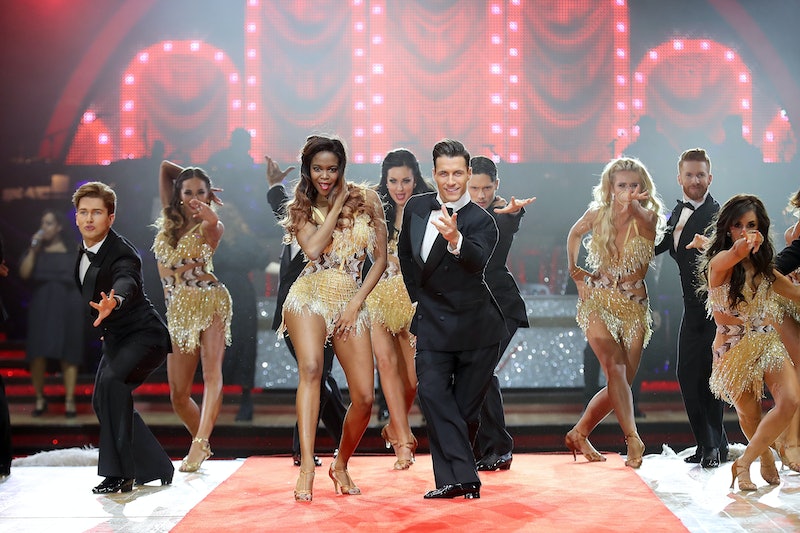 The last series of BBC's Strictly Come Dancing concluded just over a couple months ago, however buzz surrounding the 2019 series of the hit dance-competition show has already begun. Each year speculation about the judging panel, professional dancers, and of course the celebrities taking part goes into overdrive, and it seems things won't be any different this time around. But when does Strictly Come Dancing 2019 start?

According to the Radio Times, the 2019 series of Strictly is expected to begin on BBC One in September. The full lineup of competing celebs is yet to be announced, however there is already speculation that some pretty big names will be taking part in the 17th series. The list of famous faces rumoured to be involved includes BBC Radio 5 presenter Deborah James, Happy Mondays star Bez, British acting royalty Sir Michael Caine, Capital FM host Roman Kemp and TV presenter Fearne Cotton.

Former-Big Brother presenter Rylan Clark-Neal also set the Strictly 2019 rumour-mill whirling after comments he made about which reality shows he would appear on in the future. He told The Express said: "Not I’m A Celebrity Get Me Out Of Here — absolutely not… It’d probably be Strictly Come Dancing if anything, but I never make plans."

Other names thought to be strutting their stuff on the dance floor later in the year include former-Gogglebox star Scarlett Moffatt, Documentary legend Louis Theroux, BBC newsreader Huw Edwards, and comedian Alan Carr.

Despite several commenting on the topic, none of the listed celebrities have actually confirmed their involvement in the next season of Strictly. However, unlike in previous years, one star has all but confirmed their presence in this years edition of the BBC hit. Radio DJ Chris Evans revealed that he has already agreed to take part during an appearance on The One Show. The 52 year-old said: "I have said yes. Everyone puts it off and tries and keep it a secret. No, announce now. We’re doing it now."

Evans then joked that the main reason he has agreed to take part in Strictly Come Dancing is, "because my wife would like to go every week." Despite his willingness to be involved, the former-Top Gear presenter admitted that rhythm is "not really" his thing, and revealed that he has previously had conversations about appearing on the show with Strictly's commissioning editor, Jo Wallace. He said "We had a cup of tea and she said, 'Are you up for it? This is what you need to know about it, this is the minimum, this is the maximum, it’s not as easy as maybe you imagine it is.' But I know it isn’t."

As reported by the Radio Times, hosts Tess Daily and Claudia Winkleman, as well as judges Craig Revel Horwood, Bruno Tonioli, Darcey Bussell, and Shirley Ballas are all expected to return to the famous ballroom — which last year saw filmmaker Stacey Dooley and her pro partner Kevin Clifton crowned winners. With a rumoured lineup this strong, it's no wonder fans of the show are already getting hyped. Bring on Strictly 2019.