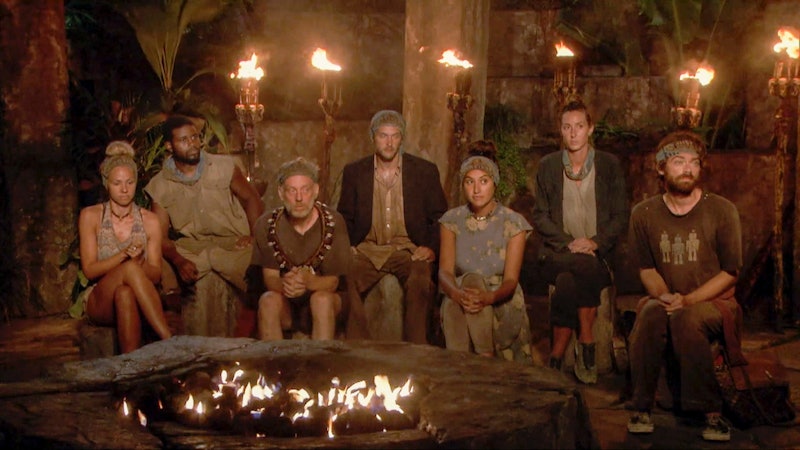 When it comes to reality TV competitions, nothing can get your heart racing quite like Survivor. (Seriously, some of the things these people have to do is not for the faint of heart, both for viewers and contestants alike.) But since the current season is gearing up for its big finale on Wednesday, Dec. 19, avid fans are undoubtedly already curious about when the series will return. So when does Survivor Season 38 premiere? Luckily, CBS has already given us an exact date to mark down on our smart phone calendars (or an actual calendar, if that's your preferred method).

Back in April, the series was renewed for both Season 37 and Season 38, so there was never any doubt going into things that the show wouldn't be returning. However, the precise time it would come back wasn't revealed until November when the network announced that Season 38 will kick off on Wednesday, Feb. 20, 2019. That means fans will only have to go two months before getting to tune back into all the action and excitement that this show is known for. Of course, mid-February could seem like quite a ways off to some of you out there, but it's definitely better than some hiatuses shows have been known to go on. (Looking at you, Sherlock!)

And while waiting around for its return may seem painfully difficult, it's a lot easier than some of the things contestants have had to do, so it's best just to be grateful that it'll be back before you know it. Plus, at least the holidays will help make some of that time fly by.

But even though the premiere date for Season 38 is set in stone, there's still a lot we don't know about the upcoming season. One of the biggest questions that comes to mind is the overall theme of the season, which changes with each iteration. For example, Season 37 was titled Survivor: David vs. Goliath, which was given the following official synopsis:

"This edition features 20 new castaways divided into two groups of 10 strangers. Castaways who make up the 'David' tribe have overcome adversity in their lives, while the castaways on the 'Goliath' tribe tend to capitalize on their individual advantages and use it against their opponents. This extreme game of social politics will focus on the 'underdogs' versus the 'favorites' and reveal that every 'Goliath' has an Achilles heel, while every 'David' has a secret weapon. These castaways will be forced to compete against each other with the same ultimate goal: to outwit, outplay and outlast each other in an attempt to become the Sole Survivor."

Other seasons have been given titles such as Ghost Island, Heroes vs. Healers vs. Hustlers, Game Changers, and Millennials vs. Gen X, just to name a few. As for what tribes will be pitted against one another for Season 38, that's something you'll have to wait and find out about in the new year. But whatever it ends up being, you better believe we'll all be watching.