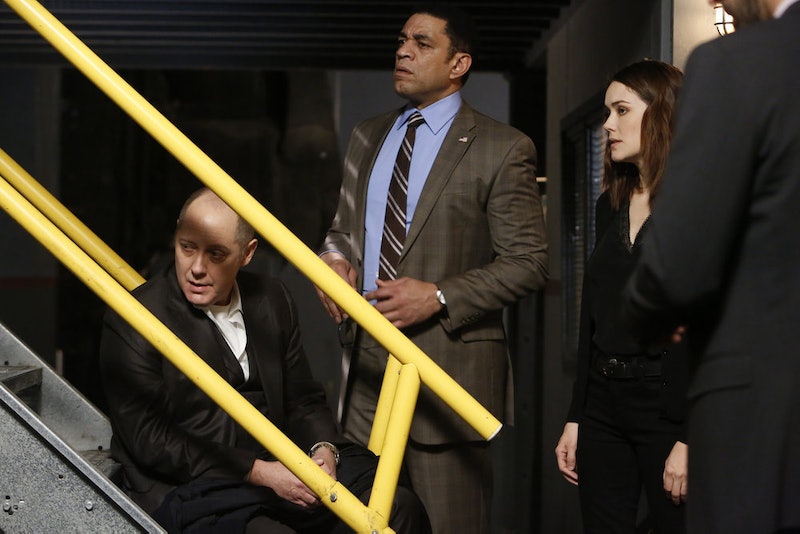 The Blacklist has spent four seasons twisting and turning through the story of Red Reddington and Elizabeth Keen. The show took a break at the end of 2016 after the epic "Dr. Andrew Shaw" two-parter, and has spent much of 2017 dealing with the aftermath of those events. With the ever-mounting tension of the show, including the fall of Red's criminal empire and Tom's investigation into his own past, it's going to be tough dealing with the fact that the show is taking yet another break in Season 4. While it's going to be away for a little bit, there is still some comfort to be taken in the knowledge that The Blacklist is coming back on April 20, but only after its spinoff has finished airing.

Season 4 of The Blacklist has really been picking up steam recently, and it seems like a waste to have some of that momentum squandered while it takes a few weeks off. Thankfully, The Blacklist isn't leaving television entirely. While the show is on spring break, its spinoff, The Blacklist: Redemption, will be picking up where The Blacklist leaves off and filling in the gaps between the split in the season, and there's a lot to look forward to when it premieres on Feb. 23.

The Blacklist: Redemption focuses on the character of Tom Keen, a secret agent who posed as an elementary school teacher to keep tracks on Liz and ended up becoming directly involved in the actions of Liz and Red. While his relationship with the pair is complicated at best, he's still proven to be a vital role to the series. In The Blacklist's Season 3 finale, Tom discovered that his mother, Scottie, who he was taken away from at the age of 3, is actually the head of a major military operation.

In Season 4, Tom deals with the revelation that his mother is alive while trying to start something resembling a normal life with Liz. However, chances are that Tom's happiness wasn't built to last, as The Blacklist: Redemption sees him going to work with his mother and getting his hands dirty in the world of mercenary work. The twist? Scottie doesn't know that Tom is her child! It's a nice reversal of the "Is Red Liz's Father?" tension that has been present on The Blacklist for four seasons, and will probably help bridge an emotional connection between the two characters as they're off fighting crime and attempting to redeem themselves.

The Blacklist: Redemption will air for eight weeks, starting with its premiere right after the The Blacklist proper's final episode before hiatus. That means that Tom will be joining one show just as he leaves another. A night full of endings and beginnings for the characters of The Blacklist should be able to tide over fans of the series until Liz and Red return on April 20 to try and keep the world safe on their own terms.