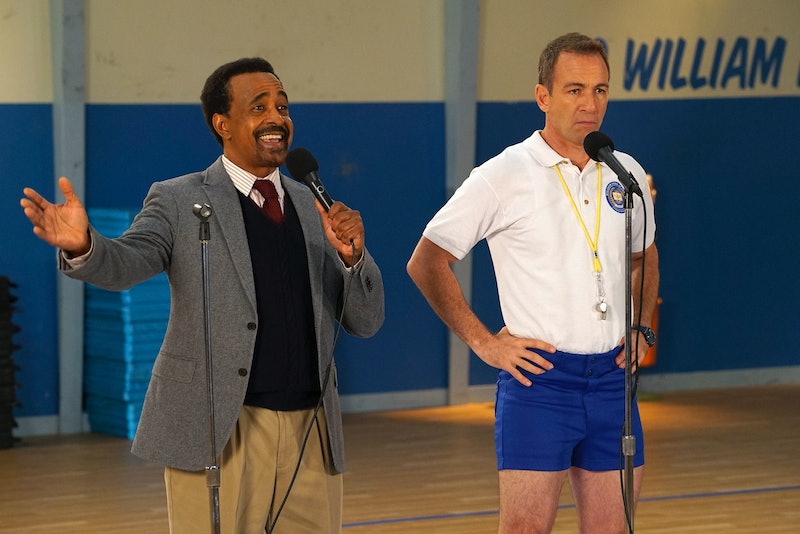 Before the Season 4 finale of The Goldbergs aired in 2017, TVLine reported that the lovable and nostalgic family show was renewed for Seasons 5 and 6. At that time, a spinoff was also being considered to premiere for the 2017-2018 TV season. It was meant to place in the Philadelphia school that the Goldberg kids attend, but it was set in the 1990s instead of the 1980s. ABC passed on that version of the spinoff, but the network allowed Goldbergs fans to see the passed over pilot as its own episode in January 2018.

Wendi McLendon-Covey's Beverly Goldberg kicked off "The Goldbergs: 1990-Something" as she congratulated Tim Meadows' Mr. Glascott on becoming head of school. In the '90s, the guidance counselor has replaced Principal Ball while Bryan Callen's Coach Mellor is still stuck in his ways as the gym teacher. In this pilot, Mr. Glascott's sister, played by Nia Long, comes to work at William Penn. Her two daughters, Felicia and Gigi, become new students at the school. Octavia Spencer narrated as the adult Felicia, just like Patton Oswalt narrates as the adult Adam in the original Goldbergs series. Ana Gasteyer's Miss Cinoman and Kevin Heffernan's Doc (the chalk-throwing history teacher who was introduced in the second episode of Season 5) were also part of the cast, as well as a new teacher portrayed by Missi Pyle.

"The Goldbergs: 1990-Something" has undergone some major changes to become Schooled. While the spinoff will still focus on Meadows and Callen's teacher characters in the 1990s, Mr. Glascott's family won't be integral to the series like it was before. Instead, another The Goldbergs supporting character will be at the center of the show — Erica's best friend and Barry's ex-girlfriend Lainey Lewis. As TVLine reported, AJ Michalka joined the spinoff after it was reworked. One of the reasons for the change was because Long became a series regular on NCIS: Los Angeles.

It's a shame that Schooled lost Long since The Fresh Prince Of Bel-Air actor was perfectly cast for the '90s nostalgia show. (And it also sadly means no more Oscar-winner Spencer.) But Lainey being a teacher at William Penn is a pretty exciting tie-in for The Goldbergs fans — even if what subject Lainey will be teaching isn't clear. Especially since on The Goldbergs, she just dropped out of fashion school to form a band with Erica. But perhaps The Goldbergs Season 5 finale on May 16 will reveal how the college dropout Lainey ends up being a teacher in the future.

Although an exact premiere date for Schooled hasn't been announced, every season of The Goldbergs has premiered in September. TV Series Finale noted that based on the number of people who watch The Goldbergs every week, it's a "top-five ratings earner" for ABC. So due to the built-in fanbase, it would make sense for ABC to introduce Schooled Season 1 on the same night as The Goldbergs Season 6. Plus, shouldn't a series about school premiere during back-to-school season?

Whether the premiere is in September or not, Schooled will most likely air in the autumn as part of ABC's 2018-2019 TV season. So prepare yourself for Meadows to rule the Schooled in fall 2018 as The Goldbergs universe expands.