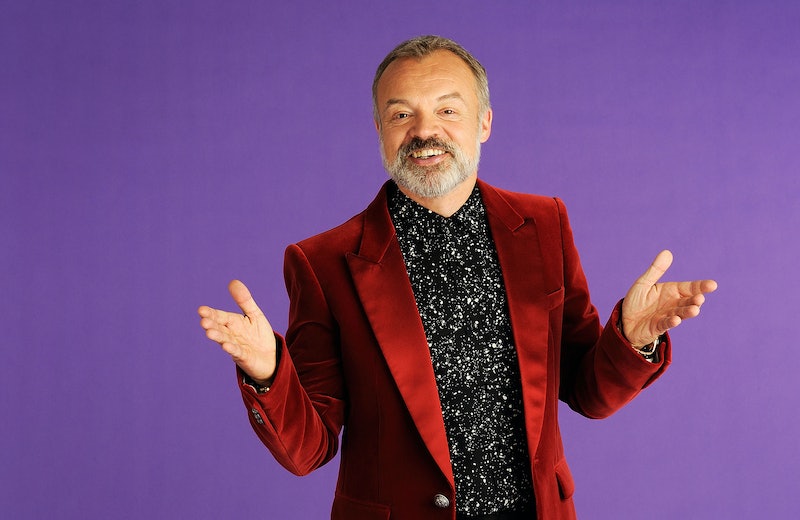 Friday evenings simply aren't the same without our weekly fix of The Graham Norton Show, and sadly, the current series of the BBC chat show recently wrapped up. However, Norton fans will be more than familiar with the show's annual summer-break, and are presumably now looking forward to Graham's grand return to Friday night primetime. So, when does The Graham Norton Show return in 2019?

At the moment, news surrounding the show's next series is in short supply. I have reached out to the BBC for comment, and will update with any new information once it becomes available. However, The Graham Norton Show does usually air during the autumn and winter months, so fingers crossed we don't have too long left to wait. In the mean time, you can catch up with some of the most recent episodes on the BBC iPlayer.

Although it seems likely Norton will return to our screens for a brand new series later in the year, the award-winning broadcaster is planning to reduce his work-load by working towards a "semi-retirement." According to the Irish Mirror, Norton made the revelation in an interview the RTE Guide, during which the chat show said, "I’m thinking in my head that while I enjoy all the jobs that I do, equally, I could imagine working less, not stopping, but working less. So I suppose I’m now negotiating my way towards a semi-retirement."

According to the Irish Independent, Norton also revealed his desire to eventually step away from the TV spotlight whilst speaking at a Times+ event in London back in 2015. At the event, he said, "you want to get out when people are still watching your show. You don't want it to be when people say, 'That is still on, that is still a thing?'," and later continued "I'm not jumping tomorrow, but it is in my head. You want to get out when you can still enjoy your life. Neighbours of mine worked and worked and they went on a trip of a lifetime around the world and they had to be airlifted three times because they were too old to do it. They got stuck on every hike they did. So I don't want to be them. You want to get out of work when you have still got time to enjoy your life."

Despite his concerns, The Graham Norton Show host did go on to express his love for the BBC gig. He said, "I do love my job. I might really miss it and then I will feel like an absolute fool. You can't come back. You could only come back to do I'm a Celebrity or Celebrity Big Brother or really awful things."

According to the Radio Times, viewers were recently given a taste of Friday nights without Norton, after comedian Jack Whitehall stepped in to replace the legendary TV host back in May. This marked the very first time The Graham Norton Show was fronted by someone else, and although Whitehall's performance went down a treat with viewers, it just wasn't quite the same without our favourite Irish funnyman.