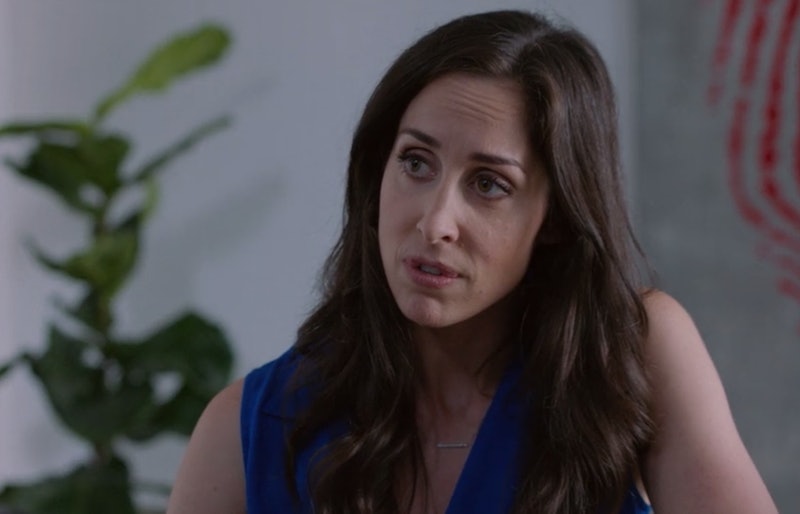 Netflix viewers were a little spoiled, honestly, because three seasons of Workin' Moms have hit Netflix over the past year. That's 39 episodes that fans got to marathon while Canadian viewers had to wait a year between each season. That's because the first two seasons had already aired on CBC by the time Netflix dropped the first season in February 2019. Then, the streaming site dropped Season 2 in July and Season 3 hits on Aug. 29. But there will definitely be more than a month between Season 3's streaming release and Season 4's.

Since Season 4 was only just picked up in May, it hasn't even completed production yet. The Workin' Moms Twitter account posted on July 18 that production had just begun, so it's been shooting for a little over a month.

Seasons 1 and 3 both aired on CBC in January, and Season 2 aired in December, so Season 4 is likely to air in Canada in January 2020 in keeping with past patterns. After that, American fans will have to wait for it to come to Netflix. It took two years after its initial airing for Season 1 to land on the streaming site. It was part of a partnership between CBC and Netflix to bring Canadian shows to a more global audience. Director, creator, and star Catherine Reitman told Variety that the Netflix partnership gave the show new life.

"There was this rebirth of the show where our social media got flooded and people started stopping me in the streets more than usual," Reitman said. "People were talking about what was happening in Season 1 as Season 3 was airing. It was wild. There really is such a thing as the Netflix effect."

Five months after Netflix first broadcast the show, Season 2 hit the site and Season 3 would follow a month after that. The most recent season streams seven months after Season 3 aired in Canada. If Season 4 doesn't play in Canada until January 2020, that means it could be August 2020 before Netflix viewers get to see it. However, it is possible that the parties involved will rush along the timing. Sally Catto, CBC's general manager of programming, told Variety that having a global Netflix audience is a big boost for the series — and the network may not want to keep that audience waiting too long.

"We're in a time in which financially we need partners. We need partners for all of our productions. Immediately you have to think about whether a show has the potential for an audience outside Canada in order for it to be financed," Catto said, adding:

"We're in a global marketplace and we know our audiences are watching content from around the world, so it’s a completely different environment than it was even 10 years ago. First and foremost we are always creatively driven, but the reality of our world today is that you have to have partners and we absolutely need our global partnerships."

Still, even if Netflix ran the show the same time the CBC did, fans would still have to wait until winter 2020 for the next 13 episodes. Until then, at least Netflix has the first three seasons for you to re-watch while you wait. And just know that every time you click, "Play," you're reminding Netflix and the CBC that this series does well with American viewers too. Maybe then they'll see the value in a Season 5 as well.