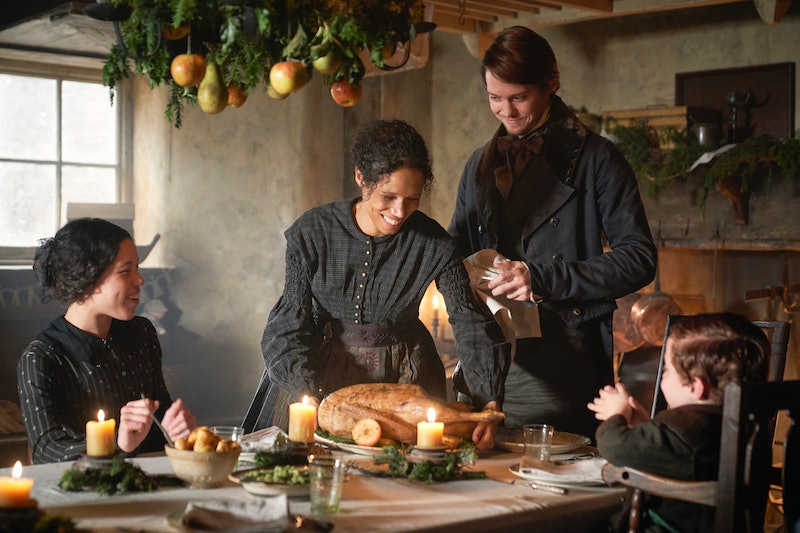 When it comes to amazing TV, there’s one time of the year that beats the rest. Christmas food, markets, and parties are all fun but settling down under a blanket with some mulled wine for a seasonal drama is the activity that gives me the most festive cheer. And BBC One have a serious treat for you in Christmas 2019. So, when is A Christmas Carol coming to BBC One? The story of Scrooge, Bob Cratchit, and the ghosts of Christmas past, present, and future is iconic and Steven Knight’s adaptation of the Charles Dickens' classic will send chills down your spine.

It was announced back in August that a new BBC adaptation of A Christmas Carol would be hitting our screens in December 2019, and just recently it's been confirmed that the show begins at 9 p.m. on Dec. 22, and concludes on Christmas Eve.

Star of Mary Queen of Scots Guy Pearce takes centre stage in this adaptation, playing Ebenezer Scrooge. Stephen Graham joins him as Jacob Marley. Joe Alwyn is Bob Cratchit and Lenny Rush plays “tiny” Tim Cratchit. The Ghosts of Christmas past and future are being played by Andy Serkis and Jason Flemyng respectively. To say that all the stars are coming out for Christmas would be an understatement.

Speaking about the BBC One adaptation in a statement, Piers Wenger, Controller of BBC Drama, said, “We’re incredibly excited that filming has begun on Steve Knight’s brilliant interpretation of A Christmas Carol, with Nick Murphy directing a phenomenal cast in what promises to be an iconic version of the classic tale.”

Editor’s Note: This article was updated to include the official premiere date of A Christmas Carol.

This article was originally published on November 11, 2019