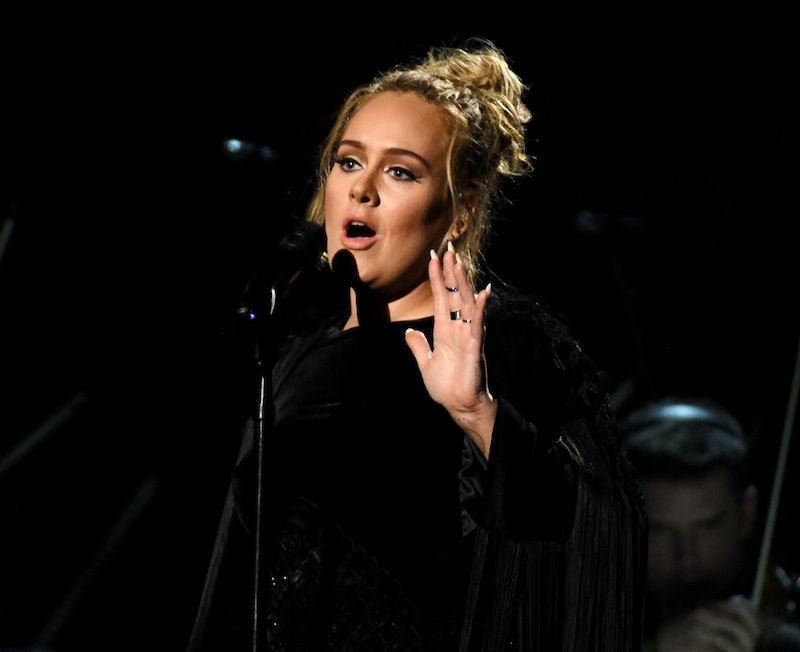 Stop the clocks, it looks like the rumours re Adele getting pen to paper and lips to microphone are less than outlandish. And when I say less than outlandish I mean true all true. Soon you will be able to say Hello to brand spanking new Adele tracks. Are you already crying? Me too. So Rumour Has It (I can do these puns for days) that the album is in full swing. And adding fuel to this particular rumour's fire is the fact that Adele has been spotted going into a recording studio in New York.

So, The Sun reported back in August 2018 that the London born-and-bred songstress was due to record and release an album around Christmas 2019. The newspaper said that Adele had been in meetings with record execs and everything was set for an almost guaranteed number-one hit.

And today there was even more good news. As the Daily Mail reports, Adele has been papped, dressed head to toe in black with sunglasses on, and her hood up, moseying into a recording studio in the Big Apple. Nothing says true starlet like an all black ensemble and sunglasses half the size of your head. Ugh, the woman is a damn icon.

Do you reckon people are born icons, or become them? Adele Adkins has risen from more humble beginnings, proving that money can't buy you true talent. Growing up in Tottenham until aged 10 then moving to South London, the gifted young woman showed signs of greatness from early on. Like, say, for example, loving the Spice Girls. Yes, Adele is basically any of us. Well, us with added talent, charisma, umpteen celeb BFFs, and so many millions of pounds.

It was her acceptance into the talent factory that is Croydon's Brit School that was perhaps the first step towards this mega star's career. Brit School is famous for producing stars such as Amy Winehouse, Jessie J, and FKA Twigs (among others). Adele's first album, 19, was a smash hit and began what has turned out to be a flaming brilliant catalogue of music.

After releasing 21 and then subsequently 25 and nailing tour after tour and performance after performance, Adele is now up there with the greatest female recording artists in history. In between all of this, she also managed to get married and become a mum to sweet baby angel Angelo.

But, real talk, you know your favourite thing about her isn't her voice. It's the fact that she seems to be constantly having an absolute giraffe (laugh) with her China plates (mates). Take, for example, her officiating Alan Carr's wedding. Yeah, I know right? My invite also never showed up either.

Most recently though, she was spotted wilding out with her BFF Jennifer Lawrence at a famous Greenwich Village gay bar Pieces. She even got up on stage and, when asked what her job was, answered a "stay at home mom." Legend.

A release date for the latest record has yet to be announced, but, like a fine wine, these things take time.