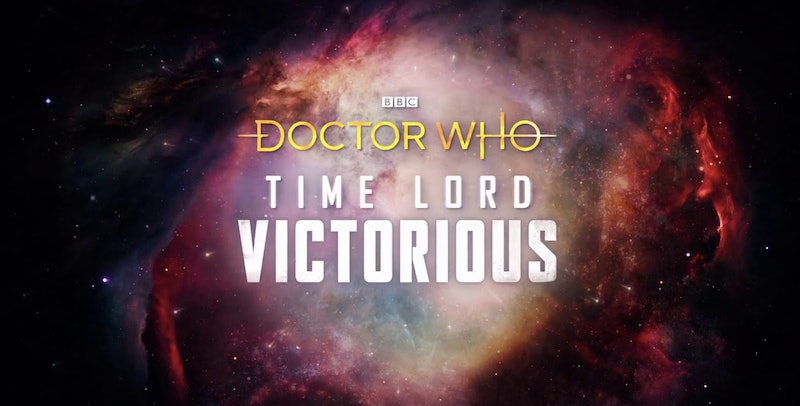 The new trailer for the much-anticipated Doctor Who spin-off series was released on Sunday, April 26 — but be careful, blink and you'll miss it. The brief teaser for Doctor Who Special: Time Lord Victorious contains very few details, but confirms the new project will be 'coming soon' — but when exactly is "soon"?

Well, it's been a pretty mysterious project so far, but BBC sources have revealed that Time Lord Victorious "will launch later this year, with products and experiences scheduled to launch over a twelve week period." The broadcaster also shared that the upcoming special will be an "epic" multi-platform experience available across comics, print, audio dramas, a video game, and more.

So what about the plot? Time Lord Victorious "will tell a new and untold story, set within the Dark Times at the start of the universe," the BBC said in a statement about the show.

The spin-off is set to follow "several doctors across space and time" and, from the looks of the poster, it appears the eighth, ninth, and tenth time lords — played by Paul McGann, Christopher Eccleston and David Tennant, respectively — will all be featured, as well as popular companion Rose Tyler, played by Billie Piper. And apparently they've thrown in some Daleks and the Ood for good measure too.

When launched, Time Lord Victorious will be available on BBC platforms and via official Doctor Who licensees.

Producer James Goss says the show will be "full of monsters, fun and heart." He continues: "All strands of the story unite into a mighty patchwork that ranges from one end of the universe to the next. There’s more to be revealed, but the enthusiasm and ideas which the licensees have come up with are breath-taking. It’s going to be such fun."