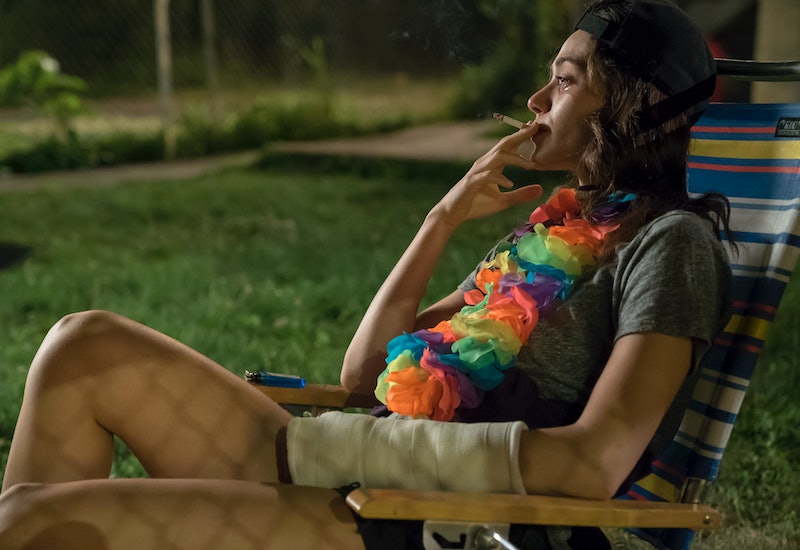 On August 30, 2018, Emmy Rossum wrote a heartfelt, lengthy Facebook status to her fans and followers around the world, announcing her departure from the television show in which she has starred for nearly nine years. She wrote that Season 9 of Shameless would be her last — that Fiona Gallagher of Chicago's South Side would be "moving down the block," rather than leaving forever. But, for the foreseeable future at least, the Season 9 finale will be Emmy Rossum's last episode of Shameless. "I know you will continue on without me, for now. There is much more Gallagher story to be told," she wrote. "I will always be rooting for my family."

Shortly after Rossum's announcement, Cameron Monaghan, who plays Ian Gallagher, published a similar statement. The big difference being he made his announcement the week before his last episode aired.

"The next episode will be my last," the actor wrote on Instagram. "I have known since last year, but I didn’t want to give it away too early as I wanted this season to be a surprise for the audience, allowing them to experience Ian’s unsure journey with his character.”

Fans said goodbye to Ian at the gates of a federal prison. Inside them, though, his first love, Mickey Milkovich awaited. So everyone can rest easy knowing he's being taken care of.

For the first time in the show's history, the air schedule for Season 9 of Shameless was split in half. The mid-season finale left Fiona clinging to her rock bottom. In the span of a few days, she caught her mysterious boyfriend, Ford, cheating with his estranged wife, wrecked her car in a drunken rage, broke her arm, and called her investment in multiple rental properties a total loss.

After moving on from the helm of the Gallagher household in attempt to find herself as an individual, Fiona failed, and found herself back where it all began — in an inebriated haze on the Gallagher front lawn. Only this time, she was wearing a multi-colored lei and a wrist cast.

Showrunner John Wells told The Hollywood Reporter that the downfall of Fiona's success was part of her story long before Rossum informed him of her decision to move on.

"It was always our intention to do it, even before Emmy let us know that she was going to be done [with Shameless]," he said. "So a little bit of hubris, a little bit of flying too close to the sun, and so we think it's good storytelling and it carries us through a lot of the second half of the season." Wells also said that he has hope for both Rossum and Monaghan to return for future one-off episodes, but for now, he's content with how the show bids Fiona goodbye.

"It's a little surprising and yet makes perfect sense," he said. "People leave, particularly someone like Fiona who has cared for and basically raised her siblings and been their primary parent for so long. There's a moment where you realize that they don't need you in a way that they did before and if you continue to try and make them need you, you're actually impeding their ability to become adults ... That's the direction that we're headed in as Fiona realizes that she needs to make a decision for herself about what she wants."

At least fans know for sure now that Fiona won't remain on rock bottom forever, and that her exit won't be with a funeral scene. Some fans think her departure is the perfect opportunity for a Jimmy/Steve cameo. But after the Mickey-Ian reunion, Wells said, "You don't want to perform the same magic trick twice."