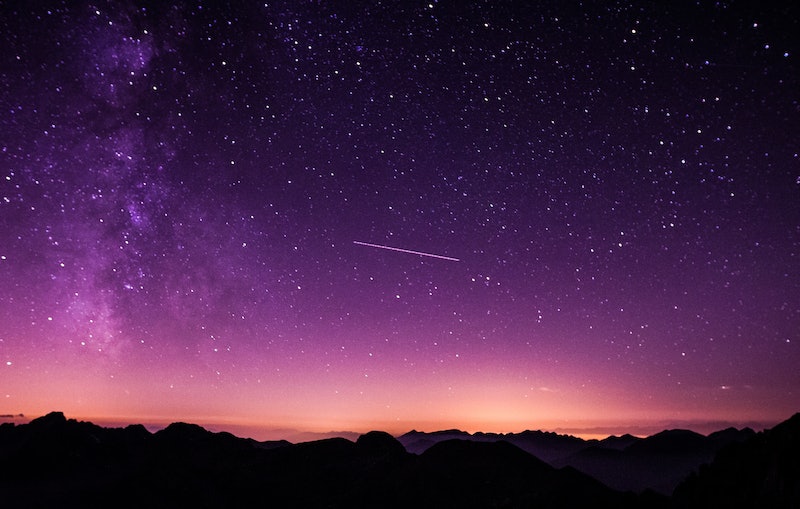 If you're someone who is in tune with the stars, or you're feeling like 2017 is the year you're going to track your life changes in correlation with what the sky spells out, you might be wondering: When is Jupiter retrograde in 2017? The short answer is, right now. Jupiter turned retrograde on Feb. 6; what's more, it will stay retrograde for several months, only turning direct once June rolls around — and it might have quite an impact on your life while it's happening, if you dig that sort of thing.

In the literal sense, Jupiter retrograde refers to how we see Jupiter move through the sky from our position here on Earth — that is, it looks like it's moving backwards. However, planets do not actually travel in reverse during a retrograde period; they just appear to do so based on their position relative to the Earth and Sun.

In terms of astrology, however, Jupiter retrograde is less troubling than many other planets' retrograde periods are. Unlike the dreaded Mercury Retrograde, for example, which is known for messing up travel plans, breaking your electronics, and causing some major miscommunications, Jupiter retrograde is all about growth, positivity, and finding the right path for yourself. Success and financial prosperity are also associated with Jupiter retrograde, making the next few months something to really look forward to.

Of course, there is a flip side to Jupiter retrograde, too. As you're enjoying the good luck that the retrograde period is likely to bring you, make sure you don't take it for granted. One of the major downsides to Jupiter retrograde is that you may find yourself becoming lazy or overindulgent. It's also possible you'll find yourself feeling overly optimistic, causing you to look at situations through proverbial rose-colored glasses when they really require a more discerning eye.

Jupiter retrograde is a really good time for self-reflection. While things are going well in terms of career, success, and money, it's valid to sit back and consider what your goals are and what you're seeking in life. It's also a time to consider our options carefully, and whether or not we want to take each and every opportunity or opening that comes our way during this time. Slowing down to reflect on what you really want is key while Jupiter is retrograde.

So go forth and embrace the positivity, everybody! Just remember to slow down and reflect before acting too quickly or getting too comfortable.