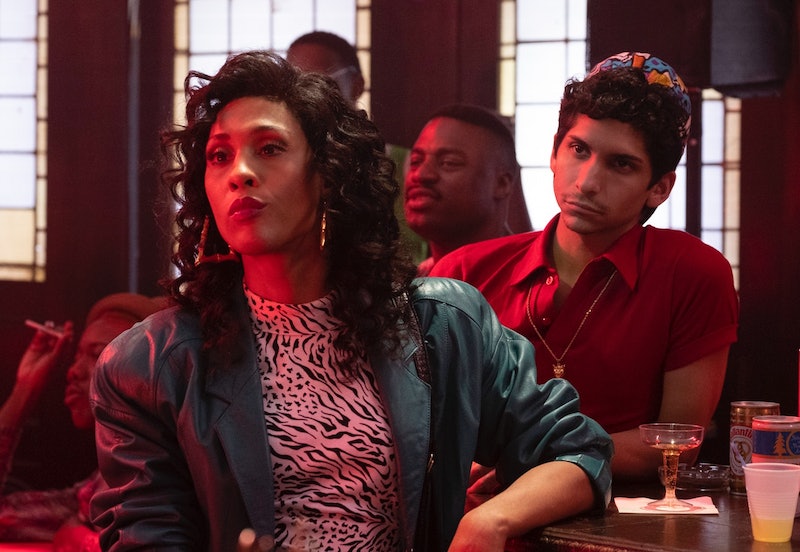 The groundbreaking U.S. series Pose is finally on its way to the UK. The Ryan Murphy-produced series is set to the backdrop of 1980s African-American and Latino ball culture during the height of the AIDS epidemic. The series boasts a cast that includes American Horror Story's Evan Peters, Dawson's Creek actor James Van Der Beek, and up-and-coming star Mj Rodriguez. But when is Pose out in the UK?

Those waiting patiently for the arrival of the TV drama are in luck, because, according to the BBC, Pose is scheduled to air on Thursday, March 21 Two at 9 p.m. on BBC Two. The series tells the story of a black transgender woman named Blanca Rodriguez-Evangelista who works at a nail salon by day, and as a member of the House of Abundance by night. As reported by the Radio Times, the series follows several houses. 'Houses' is a term used to describe alternate families, which are usually made up of black and Latino gay and transgender youths. Members of each house are looked after by the house mother. After being diagnosed as HIV positive, Blanca decides to open her very own house named the House of Evangelista, and takes in a very talented young dancer named Damon, reports the BBC.

The show features "the largest transgender cast ever for a scripted series," the Radio Times reports, with many of the major roles being played by trans women. The cast includes transgender model Indya Moore as sex worker Angel, while Dominique Jackson portrays the character of Elektra, the house mother of the House of Abundance, and American Horror Story's Evan Peters plays Stan, a businessman who works at Trump Tower. Evan's on-screen wife, Patty, is played by House of Cards actor Kate Mara.

Ryan Murphy, who created the FX series, also asked American writer and transgender activist Janet Mock to collaborate with him on the Pose scripts. According to Vogue, this partnership "eventually saw [Mock] become the first trans woman of colour to direct a television episode." In an interview with the magazine, Mock was asked if she felt a sense of pressure to represent the trans community while working on the series. She responded by saying:

"Honestly, I just felt like I had to be involved with creating Pose. I needed to make sure that my community was accurately reflected and protected — and that people understood the fact that at the end of the day we want a lot of the same things that everybody else wants. Once I had that epiphany, I just sat down and wrote the truth. That’s always my goal really, no matter what I’m working on at any given moment."

According to Digital Spy, the BBC acquired the series due to a new partnership, which sees the broadcaster secure the rights to all new scripted FX comedies and dramas. The director of BBC Content, Charlotte Moore, said of the partnership:

"The BBC has a proud tradition of bringing audiences the very best shows from around the world, and this exciting new partnership with FX builds on our strong existing relationship. Their incredible range of first class drama and comedy series will be great for our channels and I'm delighted to be forging closer ties with FX and to formalise our relationship in this bold and exciting move."