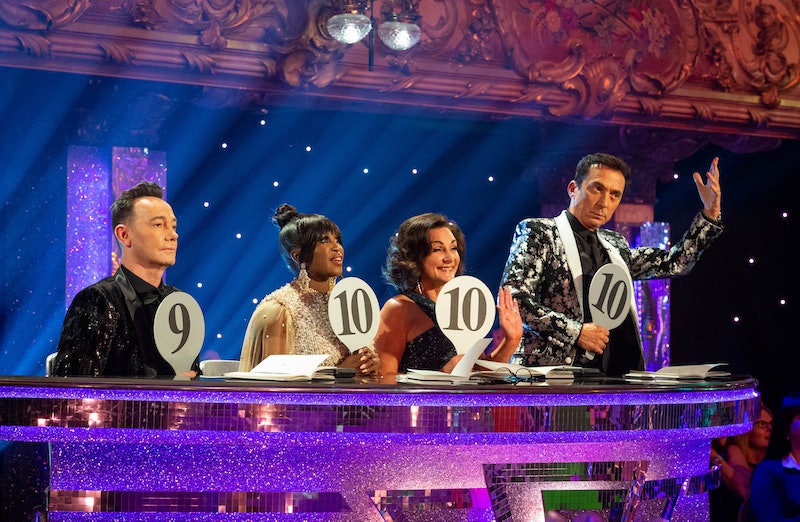 Christmas is on its way, which means in addition to an entire sequin-filled series, viewers will be treated to a festive Strictly special. So, as we approach the most wonderful time of the year, you may wondering when is the 2019 Strictly Come Dancing Christmas special?

According to the Radio Times, the BBC special will be a staple of the Christmas Day television lineup, however an exact time is yet to be confirmed. Just like the regular series, hosts Tess Daly and Claudia Winkleman will be back to oversee proceedings, whilst judges Craig Revel Horwood, Motsi Mabuse, Bruno Tonioli and Shirley Ballas will each take a seat on the Strictly judging panel. The star-studded cast taking to the floor will include soap actor Gemma Atkinson and partner Gorka Marquez, Youtuber Joe Sugg and now-girlfriend Dianne Buswell, The Only Way is Essex star Mark Wright and Janette Manrara, Good Morning Britain's Richard Arnold and dancing-pro Luba Mushtuk, actor Chizzy Akudolu and Graziano Di Prima — while TV and radio star Debbie McGee will appear alongside Kevin Clifton.

The seasonal extravaganza will see each of the six couples perform a Christmas inspired-routine in a bid to be crowned this year's champions, and as usual, the celebrities will face the wrath of the Strictly judges, who will be on hand to provide their valued expertise. However, neither the judges or viewers at home will have a say in the eventual winner, as the onlooking studio audience will be tasked with selecting the Strictly Come Dancing Christmas Special champs — who will walk away with the famous Silver Star trophy in tow.

This year's Christmas contestants are hoping to follow in the footsteps of last year's winner Aston Merrygold, who as the Radio Times reports, jived his way to victory alongside professional partner Janette Manrara in 2018. However, attention has now swiftly moved to the 2019 lineup, and I cannot wait to see who shines on the BBC dance-floor this time around.

The Strictly Come Dancing Christmas Special 2019 airs on Christmas Day on BBC One.

This article was originally published on November 22, 2019