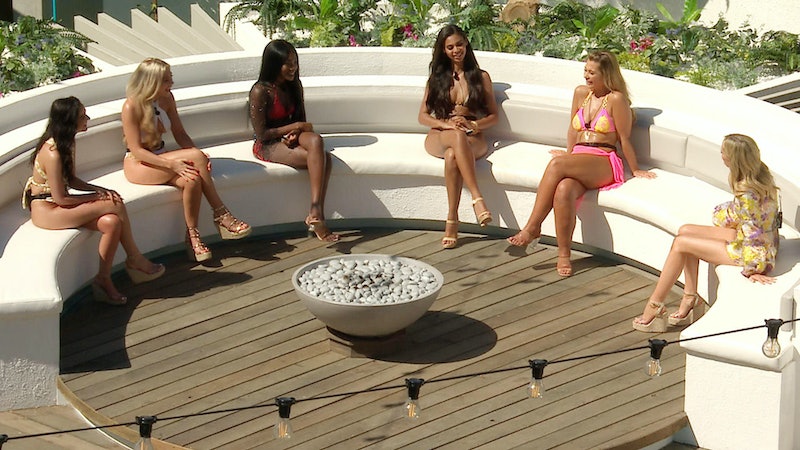 The first episode of any Love Island episode is all about introductions, but it’s also the time for the new batch of islanders to couple up. In previous years, ITV has thrown in late entries to spice up the initial recoupling to hype up the drama, which usually occurs towards the end of week one. But when will the first recoupling happen on winter Love Island 2020?

Since the first series, islanders have gotten to know their chosen baes for six days before the old switcheroo. That all changed last year, when the 2019 cast were challenged to re-couple only five days after meeting each other, with Molly Mae-Hague entering the villa the day before. So what does that say about this year?

Well, it looks like it could be really early this year thanks to the arrival of twins Eve and Jess Gale. Both will choose a guy to couple up with on Monday night (Jan. 13), which will leave two girls in a vulnerable position, i.e. being dumped from the island. Now, a recoupling wasn’t officially announced with that bombshell, so Bustle reached out to a Love Island rep for more info, but have yet to hear back.

Twins are a first for Love Island, and they were bound to raise the heat in some capacity. Heads have already been turned, but will the twins argue over who they’re initially attracted to? “We’ve got so much respect for each other we’re not going to argue over a boy!”, they said in an ITV press statement. Only time will tell if that’s truly the case, but as Ollie said, “This is Love Island, it’s a different environment.” And judging by tomorrow's sneak peek, their sibling loyalty will truly be tested.

The absence of a summer evening breeze feels odd, but winter Love Island is most definitely turning up the heat.

More like this
Twitter Is Saying The Same Thing About 'Love Island'
By Sophie McEvoy
'Love Island' Has Added Yet Another Bombshell To The Villa
By Bustle UK
Molly-Mae & Tommy Fury Revealed Their Baby Girl's "Really Unusual" Name
By Sophie McEvoy and Sam Ramsden
This Pre-'Love Island' Video Of Olivia & Zara Together Changes Everything
By Bustle UK
Get The Very Best Of Bustle/UK
Sign up for Bustle UK's twice-weekly newsletter, featuring the latest must-watch TV, moving personal stories, and expert advice on the hottest viral buys.