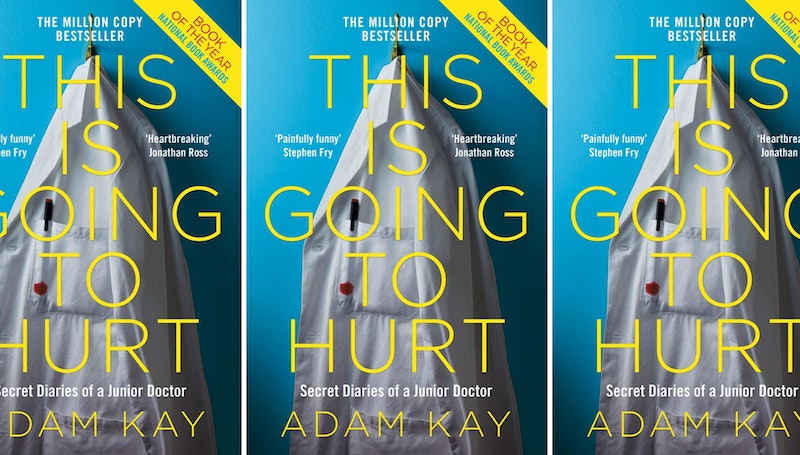 TV fans listen up, because I might just have your new favourite, marathon-worthy show. It goes by the name of This Is Going To Hurt and it has been adapted from Adam Kay's autobiography of the same name. Kay is a former junior doctor turned comedy writer, so this show present his experiences working at the NHS in a very real, but also very hilarious, way. The series is set in a labour ward and will consist of eight 45 minute episodes, so there's a lot to look forward to. But when is This Is Going To Hurt starting? Because I need to clear room in my diary.

Back in July 2018, BBC Two announced that they would be commissioning a series adaptation of Kay's book This Is Going To Hurt. But sadly, since 2018, the BBC has been pretty hush hush on the whole thing, and haven't even let us know who's been cast in it, and the air date is still unknown. I have reached out to BBC Two to try and get some more info on when we may be able to see this show in action, and I'll let you know if or when I hear anything.

According to the Radio Times, Kay has said of the show:

"Junior doctors tend to have a rather quiet voice compared to the politicians, which is understandable — you don’t have much spare time if you’re working 100 hour weeks. I’m beyond delighted to now be able to share my story with a far wider audience and make the viewers of BBC Two laugh, cry and vomit."

Vogue Australia reports that the book is comprised of Kay's diary entries from 2004 to 2010 and one of the reasons why the book is so hard hitting is because of "the endless crushing hours, the missed social opportunities, the bodily fluids." And it sounds like this new BBC Two show is going to be as raw and unfiltered (but hilarious) a depiction of life working as a junior doctor as the book was.

After leaving the NHS, Kay went on to become a comedy writing. He has worked on shows such as Bounty Hunters and Mitchell & Webb. So this won't be his first foray into the TV sphere.

Controller of BBC Drama Piers Wenger has said of the show:

"The anarchic, laugh out loud tone of Adam’s memoir masks a frank, insightful and often visceral portrait of a committed young professional struggling to do the job of his dreams. It is a deeply personal but definitive account of the 21st Century NHS and we are thrilled that Adam and the team at Hootenanny and Sister have chosen BBC Two as the place to bring it to screen."

I would like to think of the show as Casualty meets Peep Show, and seriously, this is just what we need right now.