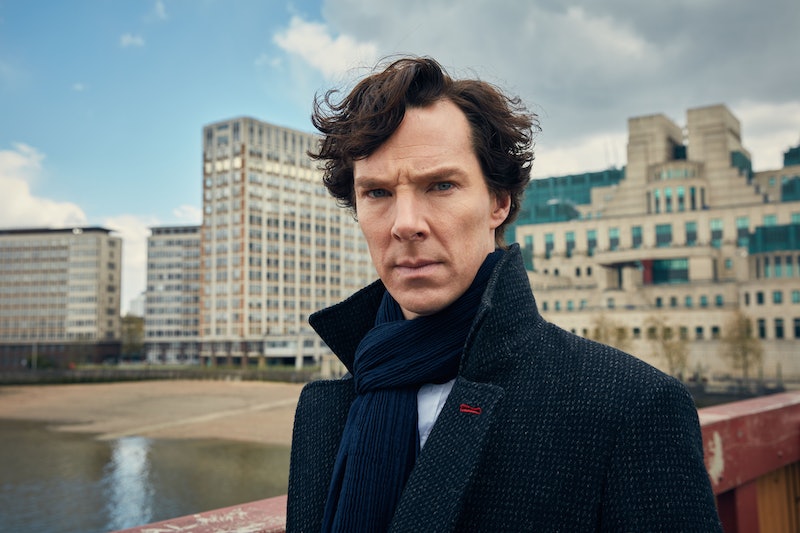 When the final episode of Sherlock Season 4 (appropriately titled "The Final Problem") airs this Sunday night, the titular detective will presumably have solved all of the lingering mysteries of the dark and devilish season… except for one: the mystery of how long fans will have to wait for more episodes. It's a question that's always been difficult to answer, as the writers and stars of the popular British series have been known to make their audiences wait years between installments. So, will Sherlock Season 5 actually happen?

Unfortunately, this time around that's a mystery that the great Sherlock Holmes himself might not be able to solve. The future of the show has never been so up in the air, as audiences brace for the possibility that "The Final Problem" might really be Sherlock's, well, final problem. The possibility of Season 4 being the series' swan song first came up during an interview with GQ last September, when star Benedict Cumberbatch said that the upcoming batch of episodes "might be the end of an era." "It goes to a place where it will be pretty hard to follow on immediately," he continued. "I’d love to revisit it, I’d love to keep revisiting it, I stand by that, but in the immediate future we all have things that we want to crack on with and we’ve made something very complete as it is, so I think we’ll just wait and see."

The show's co-creator Mark Gatiss only added fuel to the fires of fans' despair last month when he told TVLine that "we honestly don’t know" if Season 4 would be the final one. "It’s just genuinely difficult to schedule everyone’s diaries," Gatiss admitted. "It was a nightmare to schedule this season… and that’s not going to go away. I mean, the success of Doctor Strange is not going to make Benedict short of work.” He then uttered what may have been Sherlock's death knell: "There is a great precedent for leaving well alone," the showrunner said, citing the popular UK series Fawlty Towers, which aired only 12 episodes over the span of four years before ending its run.

However, Sherlock's other co-creator, Steven Moffat, has been known to hedge his bets about his show's future — such as when he told The Telegraph last July, "I would be moderately surprised if [Season 4] was the last time we ever made this show." While he acknowledged that it might be some length of time before a potential fifth season, Moffat also said that, "It’s unlikely that we've completely finished it. There would be nothing strange in stopping for a while. It could go on forever, coming back now and again."

If there is a fifth season, when could fans expect it to hit the airwaves? The show has never aired seasons fewer than two years apart; there was even a three-year gap between Season 3 and 4 (not counting the one-off holiday special "The Abominable Bride" that aired on New Years Day 2016). So the earliest a hypothetical Season 5 might premiere would be January of 2019. But given Gatiss' concerns about scheduling and Moffat's talk of "stopping for a while," it wouldn't be surprising if it took even longer — especially given that Cumberbatch will be part of Avengers: Infinity War as Doctor Strange (as the actor revealed to Empire last year), with that epic superhero crossover coming to theaters in Summer of 2018.

Or maybe the speculation is wrong and Sherlock will somehow stick to its traditional every-other-year schedule. Radio Times recently reported that an alleged "well-placed source" within the BBC claimed to the publication that the network is allegedly "reasonably hopeful" that there will be another iteration of Sherlock within two years. "The will to do more is there," the source claimed.

So is Sherlock over for good? Or will Season 5 debut somewhere down the line when we least expect it? Or will it arrive two years from now, right on schedule? Well, that depends on how much faith you put in anonymous sources. The only answer to this mystery is to enjoy "The Final Problem" as much as humanly possible when it airs this Sunday, since there's simply no way to know when (if ever) we'll be getting our next Sherlock fix.