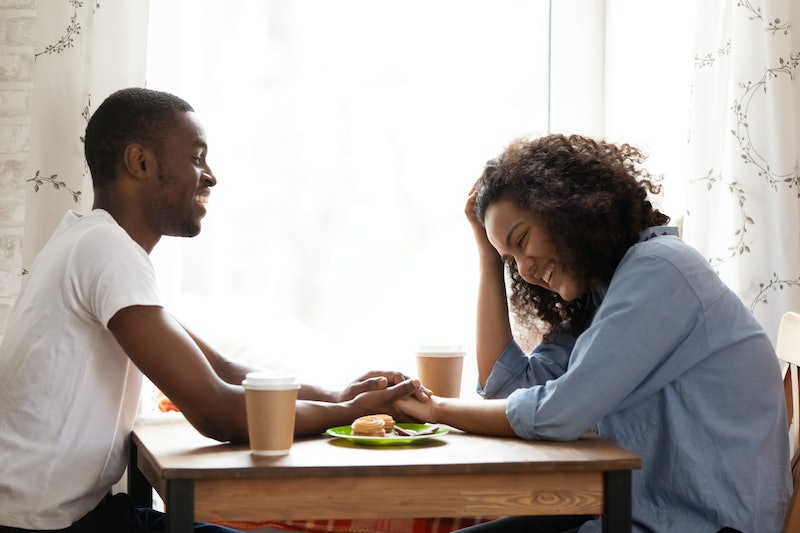 When someone who's hurt you wants to come back into your life, deciding what to do next isn't easy. Should you give them a second chance or not? If you still have feelings for them, giving it another go may seem worth it. Sometimes people will make the most out of a second chance and end up staying together. But the reality is, it's never guaranteed. According to experts, there are situations where giving someone a second chance may not turn out the way you want.

"Whether I'm talking to a divorced mom of two or a single twenty-something, the looming 'Should I get back together with my ex?' question crops up over and over again," Kari Tumminia, international dating and relationship coach, tells Bustle. "Along with that comes all of the potential reasons a person may use to justify the backwards move."

Everyone's situation is different, and some people can make a second chance at love work. But according to Tumminia, going backwards isn't usually a good idea. More often than not, people go back to exes for all the wrong reasons. "I find the idea isn't rooted in well-adjusted behavior and awareness; rather, it's rooted in fear and nostalgia," she says.

So if you're giving someone a second chance for any of the following reasons, experts say it may not last.