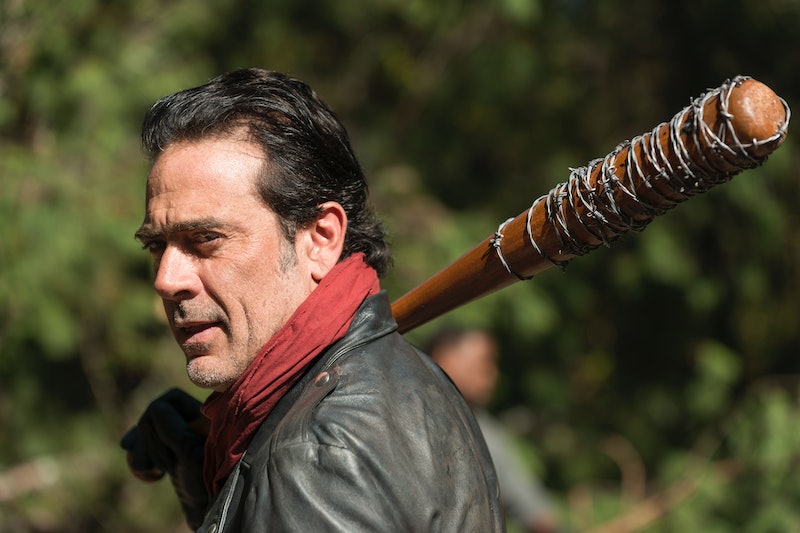 It's hard to believe that we're already talking about the next season of The Walking Dead, but the finale is here and it's official: Rick Grimes & Co are going to war. However, we likely won't see the majority of that war until The Walking Dead Season 8 premieres, because it's too much to cram into the April 2 finale. Though AMC renewed the series for another season back in October, it hasn't officially announced the series' exact return date yet. Still, it's safe to assume that The Walking Dead will return in October 2017. Every single season has premiered on a Sunday in October and that's unlikely to change anytime soon. And while it may seem like a long wait, fans may want to savor that hiatus, because Season 8 will likely be the bloodiest of them all.

To be honest, I didn't think that the entire second half of Season 7 would be dedicated to prepping for the battle against the Saviors. But alas, here we are. Alexandria seems to be have successfully recruited four different groups to help them take down the Saviors. The Kingdom, Hilltop, Oceanside, and the junkyard group are likely to pledge their allegiance to Alexandria by the end of the Season 7 finale, setting TWD up to fight the full war upon its Fall 2017 return. Until then, let's talk about things we need to see in Season 8.

It's been a whole season of listening to Negan talk way too much. It's time for the big battle that will finally take him out of commission. He probably won't actually die, but hopefully he can at least be overpowered in a way that cuts down on the chit-chat that's filled so many recent episodes.

I love meeting new groups on The Walking Dead and there seem to be an influx lately with the arrival of The Kingdom, Oceanside, and the junkyard group. There's just one group missing, and that's the Whisperers. In the comics, they wear zombie skin over their bodies to go unnoticed, and they're definitely not good guys. We will probably have to wait till after the war for them to pop up, but hopefully, that will come within Season 8.

We've spent an entire season preparing for battle. It's time to see a freaking battle. Watching people prepare for a war can be a total snooze-fest, so I'm ready for some action.

We've known that Maggie is pregnant for over a season, but time has moved so slowly that she's still barely even showing. Hopefully, Season 8 can speed things up so we can meet her and Glenn's child.

There's something happening here, I can just feel it. Outside of Rick and Michonne, there hasn't been much romance in Season 7, and I would love to see Carol and Ezekiel hook up before they go to war.

I don't like Negan, but I really don't like Simon. I am counting down the days until someone kills him, hopefully in Season 8.

Daryl has been through quite the ordeal this season, after Glenn's death and being locked up in the Sanctuary. He needs much more screen time next season, and hopefully he'll use it to exact his revenge on the Saviors who tortured him.

There have been some pretty terrible town leaders over the years on The Walking Dead (i.e., the Governor), but Gregory might be the worst. At least most of the others knew what was going on and chose to be a villain. Gregory is just a pathetic, terrible person. He needs to be overthrown immediately in Season 8 — hopefully by Maggie.

The Walking Dead is setting up for a seriously intense Season 8, so it's a good thing we should have until October to prepare.