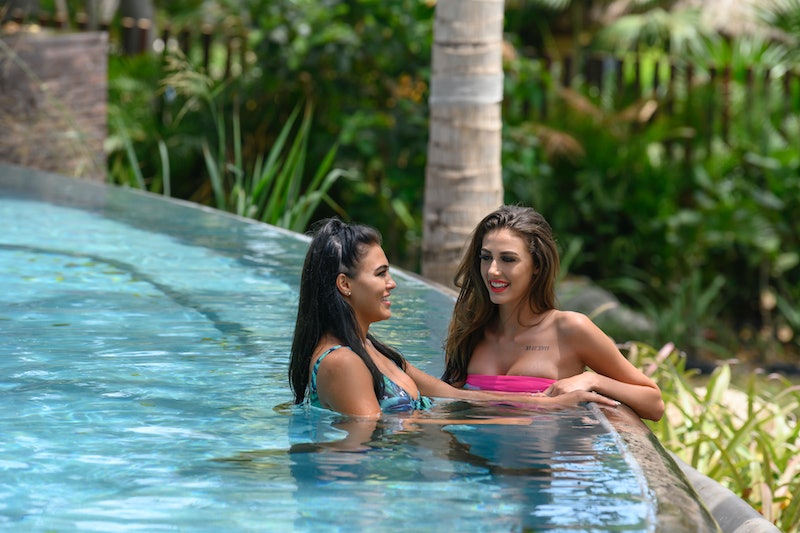 Between The Circle, Love Is Blind, and now Too Hot To Handle, it may seem like Netflix has pretty suddenly overtaken the reality TV genre. But they've been plotting this move for quite some time. Not only was Love is Blind filmed all the way back in fall 2018 — nearly two years before it actually aired — but Too Hot To Handle was filmed a full year ago.

The show filmed at Casa Tau in Mexico, a "luxury retreat" that can house 30 guests in 12 rooms for $13,500 a night, for four weeks in April 2019. That's half the time The Bachelor spends filming, and that's not exactly a show known for generating long-term relationships. So that doesn't bode well for a series that has to literally forbid its contestants from touching in order to foster deeper connections.

If any of the Too Hot to Handle couples are still together, they'll be celebrating their one year anniversaries just as the show is coming out. Love is Blind had a reunion to update fans about where all of the couples stand today, so maybe Too Hot to Handle will do the same. The COVID-19 pandemic may prevent them from getting the cast back together in the same physical room, but hey, there's always Zoom.