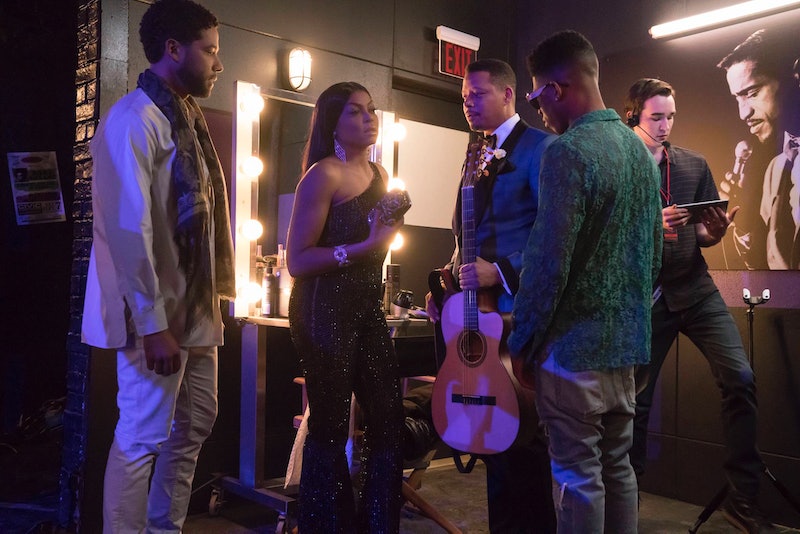 Out of the few network series that rival the popularity of the "Must-See TV" era, FOX's musical drama Empire might have the most jaw-dropping moments per episode. And with too much plot to fit into just one May 23 finale, it may help fans to know when Empire will return for Season 4. In early 2017, The Hollywood Reporter reported that Empire was renewed for its fourth season, which will have 18 episodes. THR's report did not mention a premiere date for the fourth season, but if it's anything like the previous three, it should premiere in the fall (probably late September), and will probably take another long hiatus in the winter.

But even after three seasons and a three-month break for Star taken in the middle of this one, Empire has continued to escalate the conflict between the Lyon family to the point where the last few episodes have featured back-to-back kidnappings. And the finale that could bookend the season with another major character's death. The cast is bigger, the show's conflict is broader, and there's a lot more to keep track of than just Cookie's best lines. (Though Taraji P. Henson is still the best part of the show.) And with so much going on, Empire's plotlines may finally be a bigger reason to tune in than the music.

In that spirit, here are a few guesses as to where the show could go next season:

His wife died in the first episode of the season, and he's once again trying to kill his dad. This could be in the finale or in Season 4, but it's possible that the one character who's always acted like he has it together could be the one to die, which would finally put to rest his quest to avenge Rhonda's death.

Andre's plan — or, more likely, another person's unrelated plan — could result in the family patriarch's death.

Leviticus Could Be Lucious' Downfall

As an alternative for Lucious' death, it's possible the season could end or the next could begin with Lucious getting caught by Eva Longoria's Gaming Commissioner — if she regains her conscience, does her job, and shuts them down. If neither Andre or Lucious die, Empire will certainly need to show some kind of consequence for their season-long feud, and Lucious (and maybe Giuliana) losing his money or going to jail could be a good option.

They Could Finally Jump The Shark On Guest Stars

Empire has managed to enlist probably every last entry on its wish list to be a guest star, from Chris Rock to Mariah Carey to Charlemagne to Remy Ma to Demi Moore. At this point, there's really only one more option left to raise the bar: President Barack Obama and/or Michelle Obama guest starring as themselves on the show. Truly, that's the one remaining frontier for the Empire casting department, and I wish them luck.

One thing Empire has lacked for the past few seasons is a single villain. At this point, the Lyons are so fragmented and there are so many different problems that each member of the family is facing, it will take a serious threat to unite them. If Season 4 could make Diana their archnemesis, the Lyon family would need to come together as one.

Cookie's heist plan didn't exactly work out, but things are always better when she's in charge. Hopefully Season 4 will have her back in a position of power, since Lucious seems set up for a fall. Could she win back Jamal, still suffering from PTSD, or Hakeem, who's been dealing with his own issues for most of the season? (Can you believe he's only 21?) Whatever happens in Empire Season 4, Cookie needs to reclaim her throne as the HBIC, for sure.

When Empire comes back for Season 4, one thing's for certain: the drama will just not stop.