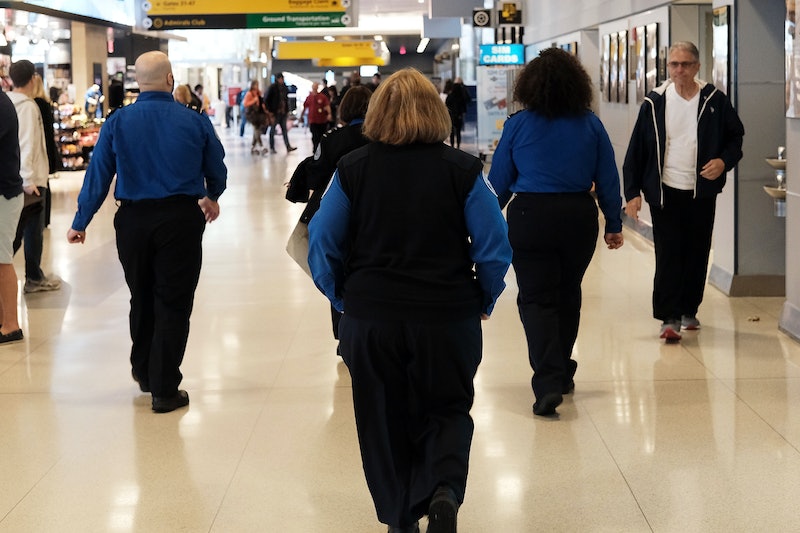 Monday was the first day back to work for many federal workers after the longest government shutdown in history. One of the most important questions looming over their workplace was how soon these federal workers will get back pay.

Back pay will get to federal workers on different days and possibly in separate checks, according to The Washington Post. "Agencies work with various different payroll providers so it’s not fully consistent across the board. But what is consistent is that all employees will receive their backpay as soon as possible," a source told the newspaper on Monday morning.

According to The Washington Post, employees of NASA, as well as the Departments of Justice and House and Urban Development, will receive back pay in two paychecks by Thursday. HUD Secretary Ben Carson gave returning employees a 12-point memo when he greeted them in the lobby headquarters. HUD employees will also receive overtime and "any unemployment benefits" that have yet to be paid, the Post reported.

Full-time employees at the Environmental Protection Agency should start seeing the first deposits by Wednesday, according to an email sent to employees on Sunday and shared with Bustle. "The knowledge and expertise that each of you bring to this Agency is critical to protecting human health and the environment. We have important work ahead of us and I look forward to continuing to work alongside you to advance our mission," EPA acting administrator Andrew Wheeler wrote in an email to employees.

The Transportation Security Administration — whose employees have been at the center of the shutdown as callouts soared — will pay employees by Thursday, TSA press secretary Jenny Burke confirms to Bustle. If a TSA employee was one of those who was eligible for a partial payment, the agency says those employees will receive that partial payment and the first pay period by Thursday. "For those employees, the remainder of [pay period 26] along with any necessary overtime and other corrections will pay out with [pay period 2] on February 9," Burke says.

NASA Administrator Jim Bridenstine told employees in a letter that was shared with Bustle that the agency is prioritizing processing payments and paychecks. "We expect you to be paid by the end of the week," Bridenstine's letter read. "While your back pay will be expedited, we understand it may take time to make timesheet adjustments for those of you who worked through the furlough and addressing many issues such as ensuring use-or-lose leave that was set to expire is restored. We will address these matters after we get everyone paid."

The letter also acknowledged the different circumstances around NASA contractors' pay and benefits, noting, "out procurement team will be working these issues in the days moving forward to try to do as much as we legally can to assist everyone affected."

Despite the news of agencies working to distribute back pay, 28 senators sent a letter to the Office of Personnel Management on Monday to reiterate the importance of these paychecks. "These federal workers have seen bills pile up during the government shutdown, and many of them are currently paying high interest on credit cards or even payday loans to afford basic needs," read the letter, according to The Washington Post. "We have heard from civil servants who will not be able to make their February rent or mortgage payment without their back pay."

While many federal workers will see their back pay processed this week, the government is only funded until Feb. 15, according to The New York Times. And Trump isn't opposed to another shutdown if negotiations don't go his way, his acting chief of staff told news channels on Sunday. It's entirely possible that federal workers could go through this again next month if the government shuts down again.