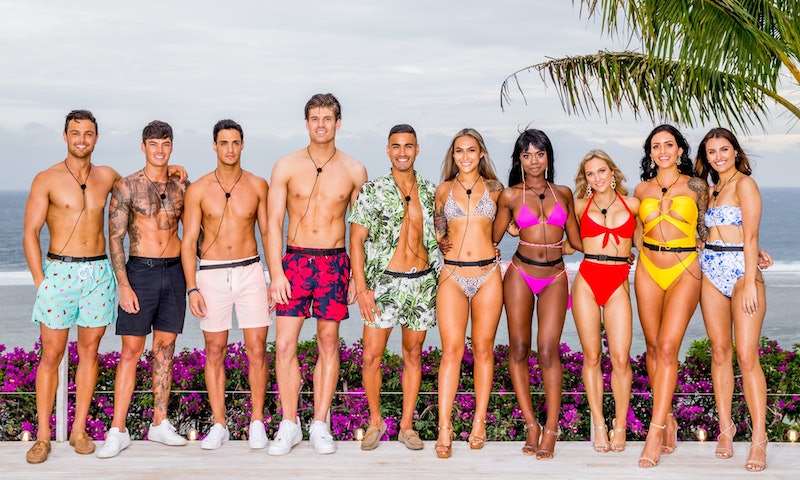 Come Nov. 1, Love Island fans will have another season of the show to marathon: all 30 episodes of Love Island Australia's first season are coming to Hulu. With that many hours of content, it should take even the most fervent of TV viewers quite some time to start wondering when Love Island Australia Season 2 will be on Hulu. But rest assured, it will be coming.

Like the original Love Island UK, Love Island Australia follows various singles as they couple up, try to find love, and navigate the constant stream of other contestants coming in to test their relationships — and potentially get them booted off the show. Season 1 aired on the series' Australian network, Nine, back in May 2018, and Season 2 began airing Oct. 7. So while an official drop date hasn't yet been announced, it should be on the way; they're probably just waiting to get over the hump of launching Season 1.

In the meantime, all five seasons of Love Island UK are already on Hulu to stream. The U.S. version of the show, which aired its first season over the summer, isn't available to stream because CBS owns the rights. However, you can watch it over on CBS All Access.

And there may even be other spinoffs to look forward to on Hulu soon. Between Australia and the U.S., it's clear the company is interested in expanding its Love Island library, and there are already iterations of the show in Finland, Hungary, Poland, Sweden, Germany, the Netherlands, and New Zealand. Since ITV owns the original rights to the franchise and Hulu is already working with the network to air the UK series stateside, it should just be a matter of time until they each have their own Hulu debuts. Who knows, maybe they'll even arrive before Love Island Australia Season 2.