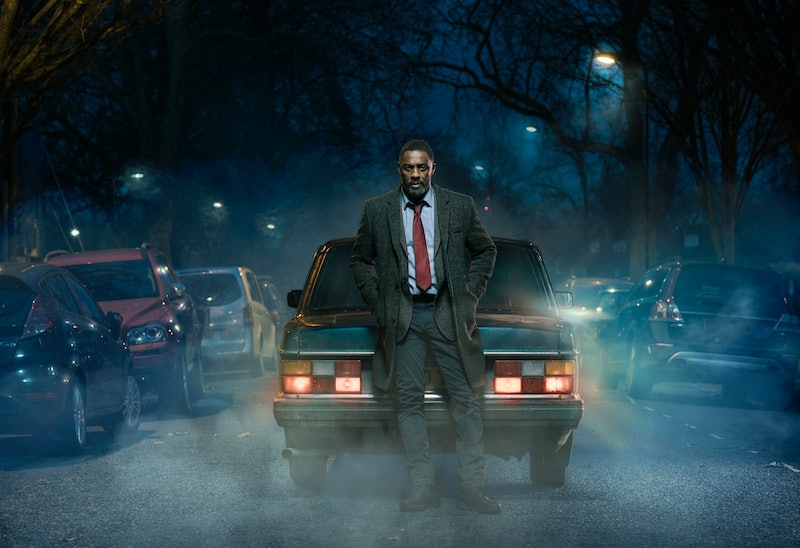 He is strong, mysterious, hard working, he is basically a perfect human. You guessed it, he is John Luther. And gee golly gosh, he makes even this old lez swoon, I'll tell ya. Have you been watching his latest season? Actually one sec, have you seen any of the TV show Luther? Because babe it might be time to roll over to the only companion you need, Netflix, and get your stream on ASAP. And once you hit Season 4, you know you will be desperate to find out when Series five of Luther will be on Netflix.

Well I'll be honest with you and say it has not been announced when or even whether it will be on the streaming service yet. I have contacted representatives of Netflix for comment, and will let you know when I hear back. But guys, considering that the first four are on there, we are pretty much guaranteed that his Lutherness will be gracing the platform again. So don't be worrying, he is totally still there for you. Meaning Idris Elba, who pays the sassy detective, will remain precisely where he belongs —in your living room, keeping the world safe from TV criminals. Now we can all cheers to that. And if you have missed the new episodes on the BBC, you can catch all but one of them all on iPlayer, as the final is yet to air. Thanks Beeb, you guys are the best.

Have you been watching the latest season though? It is actually like too much to handle.

It's like, the BBC did that classic move where they kept everything so ridonkulously hush hush that it was low-key like, erm guys? So the last episodes wrapped up in 2015. That is four flipping years ago, so all solid Luther fans were wondering when he would return. And let me tell you, they were incredibly coy about the whole situation, leaving a lot of suspicion that the show was kaput. So needless to say when Season 5 was announced it was like S Club 7's "Reach" began blasting out of every speaker within hearing distance and DCI Luther was lip syncing and doing the cabbage patch.

Anyhow, I digress. This season sees, as per, a dark AF killer on the loose. Like as if the horrific rent prices weren't enough to push you out of East London (guys, I'm a survivor), the seeming regularity of lunatic serial killers in TV shows would surely to make you consider getting the hell out of there. It's almost as bad as living in Midsomer.

So in Season 5 of Luther there is some crazy guy on the loose, who is going around stabbing people millions of times, in a manner that brings a whole new meaning to the word prick. It's not one for those afraid of needles. Ouch. Add to that a dash of old fashioned glamourised Krays-style London gangster, a very surreptitious mental health professional, a new detective at his side, and of course the return of psycho killer qu'est-ce que c'est — Alice. That is a recipe for serious thrills, drama, and of course—some serious smouldering.

The finale of Season 5 is tonight on BBC One and considering how long of a wait it was last time round, when can Luther fans expect new episodes? Or y'all, will there even be a Series 6? Well in an interview with Empire Elba spilled the tee and assuaged all end-of-bae concerns you might have had.

"This season is not the end. But there are some real changes that will happen. Our ambition is it falls on the scale of seven."