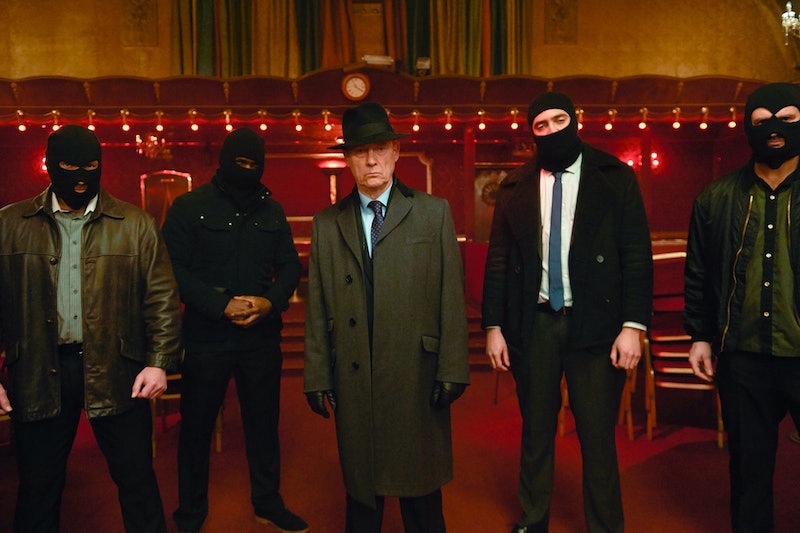 The fifth series of British crime drama Luther is finally returning to BBC One tonight. The new four episode season has been billed as "classic" by the show's lead Idris Elba, who in the new season will see his character tackle a complex case and face the ghosts of his past. But where is Luther filmed?

Well according to Metro, the production of season five stuck close to home, with filming taking place in the city of London. The site also ran images of Ruth Wilson and Idris Elba filming together in the capital. iNews went into a little more depth, reporting that filming took place in Islington, Bethnal Green, and on Wilton Way in Dalston. Press photographs recently revealed gangster George Cornelius in a ball room, and iNews reports its the Rivoli Ballroom in Crofton Park. Separately, on Twitter, one user reported the crew were seen filming on Blackfriars Bridge.

The exact details about what will take place in the new series has been kept tightly under wraps, however, the show's official BBC synopsis does give some hints as to what viewers can expect. It reads: "As a series of monstrous killings becomes ever more audacious, Luther and new recruit D.S. Catherine Halliday are confounded by a tangle of leads and misdirection that seems designed to protect an unspeakable horror. But even as the case brings him closer than ever to the nature of true evil, a reluctant Luther must also face the ghosts of his own past. Striding back into the line of fire, he must choose who to protect… and who to sacrifice. Whatever his next move, it will have devastating consequences for those around him — and change John Luther forever."

In addition to Elba, who portrays DCI John Luther in the series, Dermot Crowley, Michael Smiley, and Patrick Malahide will also be returning to play the characters of DSU Martin Schenk, Benny Silver, and George Cornelius, respectively. Joining the show is the BAFTA award-winning actress Wunmi Mosaku, who has previously appeared in the BBC One's Damilola, and currently stars in the Channel 4 drama, Kiri, and as reported by the Metro, Mosaku will play new recruit D.S. Catherine Halliday.

Providing some further insight into the fifth season is series lead, Elba, and according to the Radio Times, when describing the new series he most likely reassured some fans by stating "It’s classic Luther." However, the 46 year-old wouldn't give too much away, when asked about details of the returning characters, he continued "I can’t say. I’m really sorry. I can’t give you anything. I mean there is a lot of excitement about the characters that are in this one."

Unlike most television series, Luther does not release a new season of the show every year. The previous fourth series aired a lengthy four years ago back in 2015, and speaking of the unusual scheduling, Elba told Radio Times: "Luther has never been scheduled to do it every year. We do it whenever we want, and that’s why this feels like a good time to come back; it’s just because we’ve been away for a while," and continued "There is unfinished business, but there’s also more Luther. There’s more of that really complex character that I love to play."

In addition to the popular BBC series, Elba has been tackling some major film projects over the past two years, including the upcoming movie The Mountain between Us, in which he will star opposite Kate Winslet.