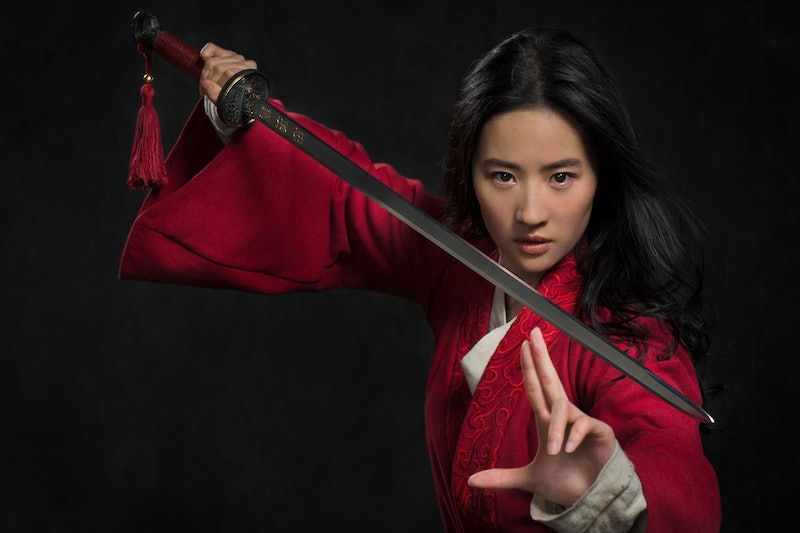 Be prepared to get hit in the nostalgia feels, because Disney has yet another live-action adaptation up their sleeves. No, I’m not talking about The Little Mermaid — this time it’s a re-telling of the 1998 classic Mulan, which itself is based on the legend of Hua Mulan, a Chinese warrior who takes her father’s place in the Imperial Army. While a full trailer has yet to be released, Disney did upload a mesmerising teaser yesterday (July 6). So, when will Mulan be out in the UK, and will it be a long wait?

After being pushed back from a late November release last year, Mulan will now hit screens on March 27 2020, so you’ll have plenty of time to become as swift as a coursing river and get acquainted with the stellar cast attached to the film, including Liu Yifei who will portray the legendary warrior. Directed by Niki Caro, it has been reported that this version will sway slightly from the 1998 film, with Li Shang (played by BD Wong) will be replaced with a new love interest called Chen Honghui (played by Yoson An), according to The Hollywood Reporter.

At the moment, that seems to be the only deviation. But according to Disney fan site The DisInsider, there is the possibility that Mushu will not be in the film and neither will the iconic songs. “A source close to us that has seen the film reports that a phoenix replaced Mulan’s beloved sidekick Mushu, and that while music from the animated film will be included in the remake, the songs will not be sung by the cast as the music is just instrumentals,” the site reports. “As time progresses, Disney will very likely use test screenings to gauge what changes — if any — need to be made via reshoots and post-production.”

Even though the current teaser only shows a minute and a half of what the film has to offer, it seems that the speculation regarding the music is somewhat true. If you listen carefully, you can hear a slight call back to the song ‘Honour to Us All’, which is also spoken by Mulan as her parents reveal that the matchmaker has found her a match. Director Niki Caro also alluded to the inclusion of music in an interview with The Hollywood Reporter in 2017:

“The live-action is based on that inspirational Chinese ballad and on the animated Disney classic. We’re still exploring the role that music is going to play in it, but for sure there will be music.”

And regarding Mushu’s replacement, there is a split second where a bird is shown flying from Mulan’s back, but from pausing the teaser, this looks more like a buzzard than a phoenix.

Either way, as long as the film retains the strong-willed, independent nature of Mulan, then the absence of Mushu and the musical numbers isn’t that much of a big deal. And with a director like Caro, this depiction of Mulan is already a done deal.