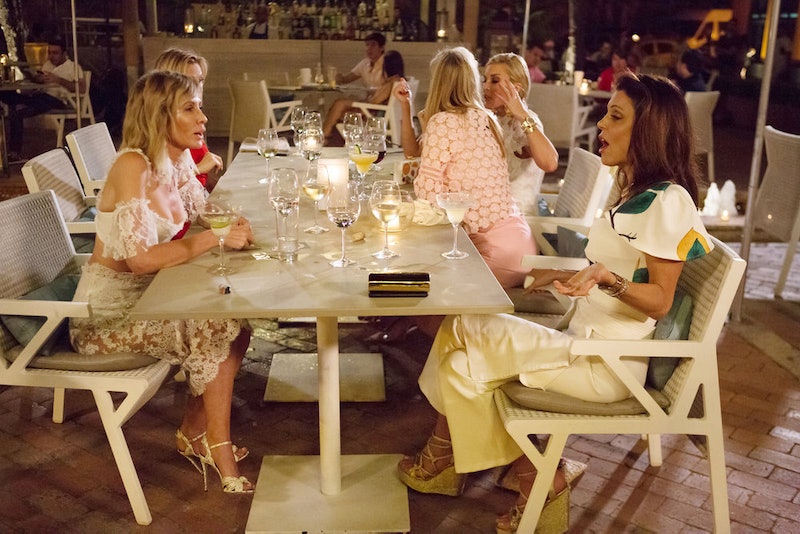 Season 10 of The Real Housewives of New York City is just coming to a close with part three of the reunion airing on Wednesday, Sept. 5. But, of course, fans of the show will already want to know when RHONY will return for Season 11. While no official air date has been announced yet, this show has stuck to a very steady schedule that means viewers can expect it at a certain time each year.

Seeing as all of the recent seasons have premiered at the beginning of April and for the past few seasons the show has aired on Wednesdays, it is very likely that RHONY Season 11 will premiere on Wednesday, April 3, 2019 or Wednesday, April 10. Bravo could decide to switch things up, but if it ain't broke, why fix it?.

The bad news here, obviously, is that that is a very long time — seven months from now. But these things take time to film and edit. Plus, the New York Housewives usually seem to have time off during the summer. How many times have you heard them say things about "not seeing [insert Housewives' name] much over the summer"? At least in recent seasons, we might get to see one last Hamptons jaunt and the next thing you know it's time for the Berkshires trip. During this most recent season, the first episode featured a Halloween party.

As for what fans can expect when the show returns, there's only been one big announcement so far: Carole won't be back. The journalist and reality star told Bravo's The Daily Dish in July:

"After six seasons on Bravo’s RHONYC, I have decided to return to what I do best — journalism and producing. I am sure this does not come as a surprise to any of the viewers, all of whom have been supportive, encouraging, and kind. My original curiosity about reality television has waned over the years and I am focusing on TV and writing projects that better suit my more steady temperament. I have worked with amazing producers, made great friends, and I’m thrilled to leave frenemies behind. I will remember this entire experience with delight, humor, and a veracious accuracy. Next."

As for what else could happen with the cast, while fans have wondered for years if Jill Zarin would ever return, she said in July she would consider coming back as a Friend of the Housewives, but not full-time, according to People.

It will be quite some time before RHONY is back, but unless you're the rare Housewives fan who only watches one franchise, there are plenty of other series to satisfy you in the meantime. Real Housewives of Dallas and Real Housewives of Orange County are both currently airing, and Beverly Hills, New Jersey, and Atlanta should all be back soon. The next seven months will fly by, promise.

This article was originally published on Sep. 4, 2018