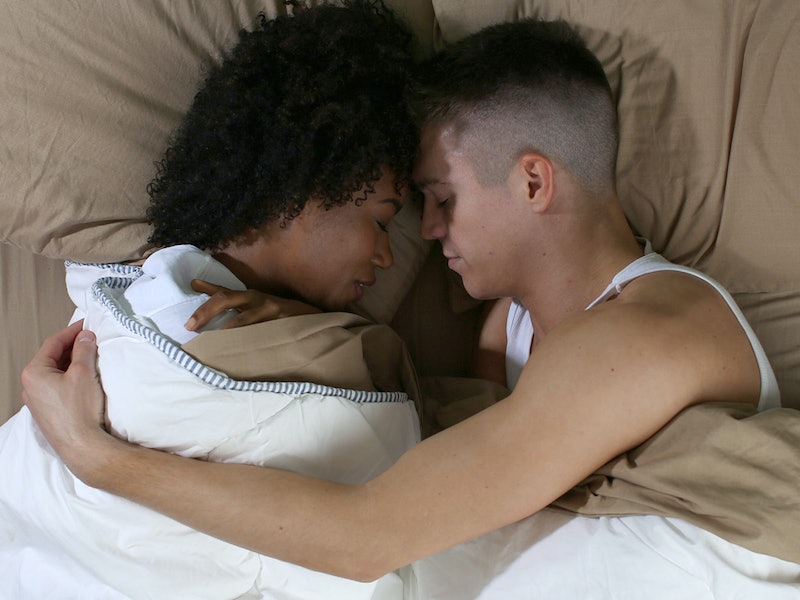 A new birth control pill was just tested — for men. It’s called dimethandrolone undecanoate (DMAU), and the pill combines activity of an androgen, a male hormone like testosterone, and a progestin, according to the Endocrine Society press release announcing the study. For a one-month period, 83 men took the daily oral contraceptive, DMAU. Prior to this, oral forms of testosterone were linked to possibly causing liver inflammation, said the study’s senior investigator, Stephanie Page, M.D., PhD, professor of medicine at the University of Washington, Seattle, Washington.

The men in this study, however, passed safety tests, including markers of liver and kidney function, a big win in terms of a potential daily oral contraceptive for men. Usually, oral forms of testosterone clear the body too fast for once-a-day dosing, said Dr. Page, which would then require two doses per day. But this is not the case with DMAU since it contains undecanoate, a long-chain fatty acid which slows this clearance, she said. “DMAU is a major step forward in the development of a once-daily ‘male pill’,” Dr. Page said. So you may wonder: When will male birth control be available? Of course, this is a great question. I mean, just imagine a world where women don’t have to take birth control like the Pill.

When The Male Birth Control Pill, Aka DMAU, Will Be Available

While you may want to go get the male birth control pill right now, not so fast. Arthi Thirumalai, M.D., Acting Assistant Professor, Division of Metabolism, Endocrinology and Nutrition at the University of Washington in Seattle, co-investigator of the study, tells Bustle that they'll be starting a three-month trial in April with the drug on healthy male volunteers. “That study will be aimed to determine sperm suppression and longer-term safety measures," she says. “We hope in 5-10 years, but there is lots of work ahead to make that happen."

“Many men say they would prefer a daily pill as a reversible contraceptive, rather than long-acting injections or topical gels, which are also in development,” Page said. For instance, Vasalgel is a non-hormonal contraceptive gel that is injected into the vas deferens to block sperm. It was inspired by a polymer contraceptive called RISUG that is in advanced clinical trials in India. While some men have used RISUG for more than 15 years, only local men near the test sites in India can participate in the trials. In addition, reversibility studies have not been seen in those men, only animals.

As for Vasalgel, it has proven to be successful with rabbits and monkeys, and did prove reversible with the rabbits. Clinical trials with humans are expected for this year.

DMAU is different in that the recent study was effective in human males. “At present, men have no options that are reversible and yet also have a low failure rate,” Dr. Thirumalai says. “For that, they need to rely on their female partners. If we are able to provide men a method in which they can take control of their fertility in a reversible but simple way — like taking a single pill once a day — that would revolutionize the way they approach contraception.”

Furthermore, Dr. Thirumalai says that there is survey data that shows men think they would prefer a pill over injections and gels. “Each person is different: some might prefer a pill, while others might prefer the longevity of an injection or implant,” she says. “The goal in the field is to develop a menu of options for men, like we have for women. From what we have seen so far, this pill seems like it would be effective at suppressing sperm production, and also be reversible. It will likely take 6-12 weeks to be an effective contraceptive, and, like the female pill, it must be taken every day to be effective.”

While DMAU has the potential to be a legitimate form of birth control, Dr. Thirumalai clarifies what the pill means for birth control. “This is a phase 1 study, so success at this level is an initial step forward in the right direction,” she says. “We are still not yet at a place where we can say this works as a birth control agent, but the results we have seen thus far are promising that this might indeed be the case.”

While women may be excited about the prospect of men taking a birth control pill instead of them, it remains to be seen how likely they are to take a pill such as DMAU. “There is good survey data done on men across different countries, ethnicities, and socioeconomic groups, that shows that men and couples are very interested in men taking responsibility for birth control,” Dr. Thirumalai says. “When men have more options, we will have real-world data as to their interest and engagement. Many men already use contraception via vasectomy and condoms.”

All in all, DMAU certainly sounds promising in terms of a viable form of male birth control and it’ll be interesting to see how further testing goes.