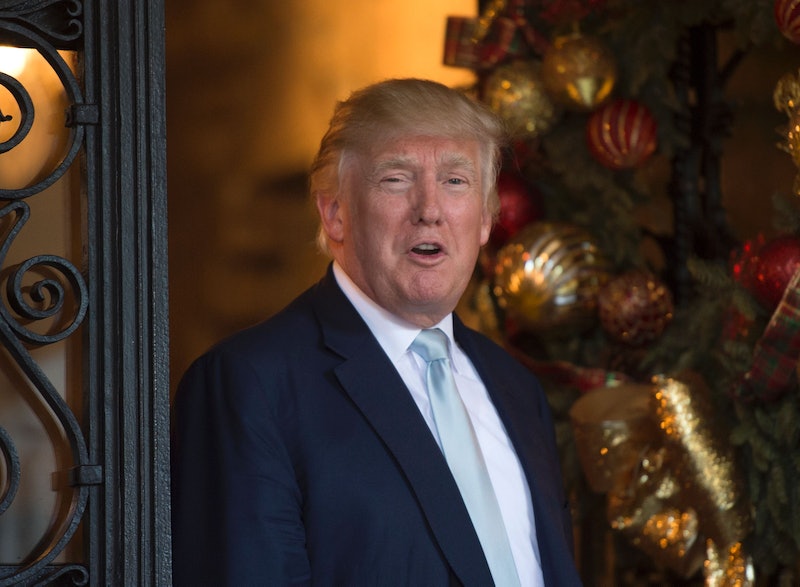 From Steve Mnuchin to Rex Tillerson, Donald Trump's cabinet picks have caused quite a bit of controversy. But Trump's nominations are only half the battle when it comes to getting all those mostly rich, mostly white guys to officially join Trump's team. So, when will Trump's cabinet nominees be confirmed?

The confirmation hearings begin next week, and considering that Democrats cannot even filibuster the votes (since the Democrats voted to get rid of that power when they ruled the Senate), the confirmations could come fast and furious.

Sometimes it feels like Trump is a secret hipster, trying to make the most choices for his cabinet as ironic as he possibly can. Take Rick Perry; he's been nominated to lead the Energy Department, and the League of Conservation Voters President Gene Karpinski has described him as a "climate change denier" who "opposes renewable energy even as it has boomed in Texas" and "doesn’t even believe CO2 is a pollutant.” Moreover, when Perry ran for president in 2012 (you know, before his 2016 run), not only did he want to eliminate the department, but he infamously forgot what the name of the department was in the first place: "oops."

What about Jeff Sessions, who was denied a federal judge position in 1986 because he was accused of making multiple racist remarks (which he denied or said were taken out of context). Is this the man we really want to be facing tough legal decisions over Voter ID laws?

Consider Tillerson. He's been nominated for secretary of state, which means he will be in charge of advising the president on foreign affairs. This is the guy who not only has serious business ties with Russia but was awarded the Russian Order of Friendship by Vladimir Putin. In case you've been living under a rock that lacks WiFi, the U.S. intelligence community assessed that Putin directed a campaign to tamper with the U.S. election and had a preference for Trump in a report released Friday.

Now, Senate Republicans are eager to push the nominees through and snag the votes they need to secure the choices. Even though Democrats are threatening to put pressure on certain noms and are doing their best to drag their feet over background and financial checks, for the most part, nominations are historically approved unless there are glaring concerns — and the bar for "glaring concerns" is pretty high following the Trump campaign. It's unlikely a contender would be turned away. Especially with Republicans controlling the Senate after the latest election, Trump's new cast of characters will more than likely make it to the final cut soon.

More like this
Prince William Condemns “Unacceptable” Comments Made To A Black Guest At Buckingham Palace
By Shahed Ezaydi
Matt Hancock Broke a Major Rule With I’m A Celeb
By El Hunt
What To Know About Martin Bashir After Watching 'The Crown'
By Bustle UK
If Your Home Has Any Of These Problems, You'll Wish You Knew About These Clever Things Sooner
By Julie Peck
Get Even More From Bustle — Sign Up For The Newsletter