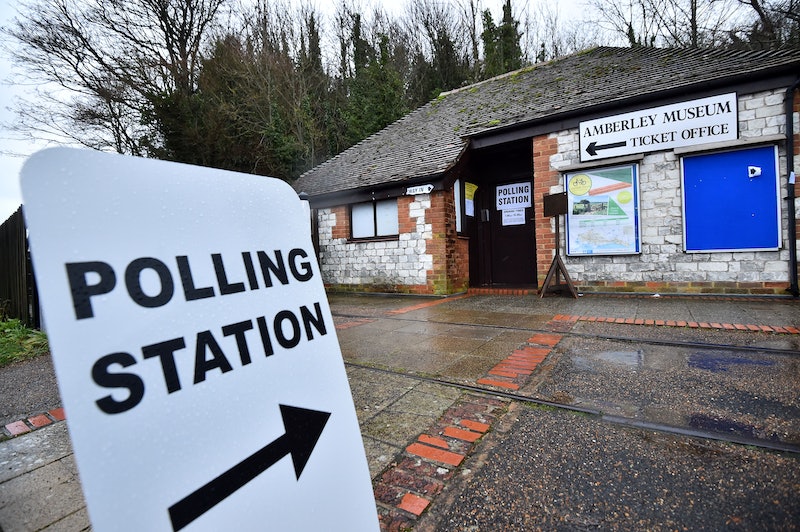 Despite the miserable weather, it's time to head to your local polling station and fulfil your right to vote. But seeing as the opportunity to vote ends pretty late in the evening, it's going to be a long wait until the outcome is revealed. So when are the final results for the 2019 general election, and is there any coverage to follow in the meantime?

On Dec. 12, 2019, from 7 a.m. to 10 p.m., voters across the country have the opportunity to choose an MP to represent their local constituency. Once the polling closes, it usually takes an hour or so for the first lot of votes to come in, BBC News reports. But for the overall result, it takes a little longer as there are 650 constituencies worth of votes to be counted.

Once polling closes, results of the exit poll will be released, which gives the public a rough idea of which party has an overall majority. As the Telegraph writes, this involves "thousands of interviews conducted with voters outside of polling stations, after they have cast their vote." The exit poll takes mock results from 144 polling stations, where voters are asked to reveal who they voted for. These results are "used to predict how many seats each party has won, and who might form a government," as BBC News writes.

Over the past decade, exit polls have given a pretty clear indication to the results of general elections. As the Telegraph points out, four out of five predictions produced the correct result.

However, the official result of the December election won't be known until the following morning (Dec. 13), as constituencies will reveal their results throughout the night. As the BBC states, most counts will be completed by 6 a.m. To find out the results, all you'll have to do is check online, pick up a newspaper, tune into your local radio station, or flip on the TV in time for the news. Trust me — the results will be very hard to miss.

Despite it being a long wait for the results of the exit poll and final votes, the last prediction shows that, while the Conservatives have a 41% lead, Labour's support has increased to 31%. This comes from a Savanta ComRes survey for the Telegraph (via the Evening Standard). "We would say that these results indicate that this election is simply too close to call," Savanta ComRes said, "with almost one in five who say they could possibly still change their mind and we could just as plausibly see a healthy Conservative majority as a hung parliament."

To keep up with today's election, the Guardian and the Independent both have pretty extensive live feeds to follow, which is already providing a lot of interesting insights. And if you haven't already made a trip to your local polling station, make sure you let your voice be heard.

More like this
Watch Jacinda Arden’s Devastatingly Honest Resignation Speech
By Sam Ramsden
What The UK Blocking Scotland’s Gender Recognition Bill Means
By Sam Ramsden
This Is When Netflix Is Going To Start Charging You For Sharing Passwords
By Darshita Goyal
Rita Ora Finally Opened Up About Marrying Taika Waititi & Their "Perfect" Wedding
By Sophie McEvoy and Catharina Cheung
Get The Very Best Of Bustle/UK
Sign up for Bustle UK's twice-weekly newsletter, featuring the latest must-watch TV, moving personal stories, and expert advice on the hottest viral buys.