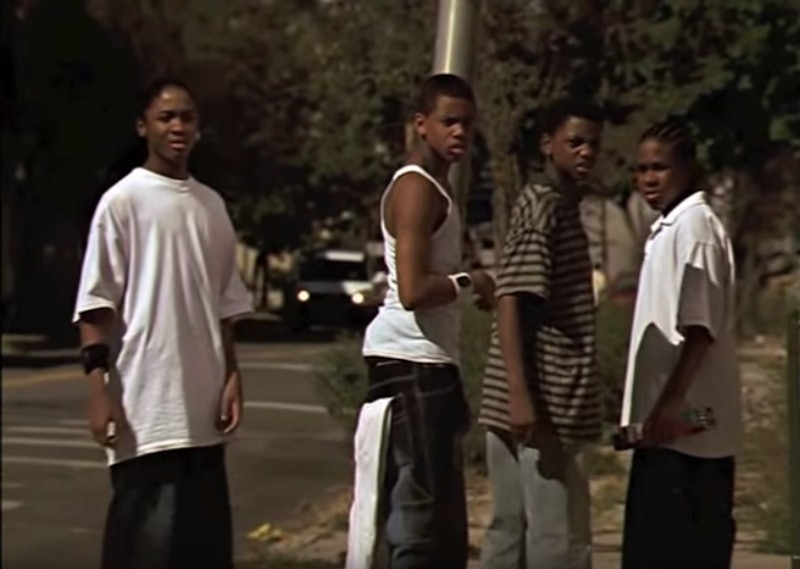 More than 10 years after its last episode aired, The Wire remains one of the greatest drama series to ever grace television. Since its been out of production for more than a decade, fans of the series may be wondering where the kids from The Wire are now and what they've doing since appearing on the hit HBO series. The show, which Refinery29 describes as a fictional portrayal of the crime and corruption plaguing Baltimore at every level of society, became a cult classic with a fanbase that continues to grow years after its final episode debuted in March 2008.

With a cast that notably consisted of mostly unknown actors, The Wire took viewers on ride through the city's drug trade while tackling law enforcement, organized crime, politics, the education system, and media with a realness that left audiences jaw-dropped.

While adults took on the majority of the main cast roles, many of the show's children also went on to become pretty successful in their adult lives. Aligning themselves with local drug dealers Avon Barksdale, Stringer Bell, Wee-Bay Brice, and more throughout the series' six seasons, the kids from The Wire gave viewers an intricate and eye-opening perspective into the realities and societal effects of poverty.

Since the show's series finale, the children who once ran the fictional streets of inner-city Baltimore have continued to shine brightly as adults in the entertainment industry. Here's a look into what they're up to now.

Michael B. Jordan is, perhaps, the most critically successful kid actor from the show. Following his role as Wallace, a young drug dealer who proved to be in way over his head, Jordan starred on All My Children, and Friday Night Lights. He also took on roles in films such as Red Tails, That Awkward Moment and Chronicle before eventually landing his big break with Ryan Coogler's 2013's Fruitvale Station. After playing the role of police shooting victim, Oscar Grant, in the film Jordan was named an "actor to watch" by both People and Variety.

The now 32-year-old went on to become a household name, appearing in Rocky offshoots, Creed and Creed II. He also notably received critical acclaim for his role as antagonist Erik Killmonger in the blockbuster smash, Black Panther.

Tristan Wilds starred on The Wire as Michael, an overprotective big brother whose home life forced him to turn to the streets. Following his stint as the young protege of an illegal drug dealing operation on The Wire, Wilds quickly picked up vastly different acting role, playing Dixon Wilson on the CW's reboot series, 90210. In 2012, the now 29-year-old was featured in the George Lucas film Red Tails and also enjoyed a role in the VH1 television movie, The Breaks, according to his IMDb bio. Proving his talent both on and off screen, Wilds later embarked on a successful music career under the pseudonym, Mack Wilds. His debut album, New York: A Love Story was nominated for Best Urban Contemporary Album at the 56th Grammy Awards in 2014. Merging the worlds of acting and music, Wilds was also featured as Adele's love interest in her 2015 music video, "Hello."

Maestro Harrell, who played Randy Wagstaff, one of the young boys introduced in Season 4, enjoyed recurring roles in Suburgatory, House of Lies and The Walking Dead after his time on The Wire. Much like the career path of his former Wire co-star Tristan Wilds, the now 27-year-old Harrell also took his talents to the music scene, racking up over 5 million streams as a EDM music producer, according to his bio from the Priority Records website.

Thuliso Dingwall, who played foul-mouthed drug dealer Kenard on the HBO drama series, was likely the youngest person on the Wire cast when he first appeared in Season 3. Following the show's finale, the now 23-year-old actor has had roles in An American Affair (2008) and Person of Interest (2011), according to IMDb. The site reveals that Dingwall also appeared in the 2009 indie film, Toe to Toe.

Julito McCullum, who played Namond Brice, the son of drug enforcer, Wee-Bay Brice, has appeared in episodes of Law and Order, Law and Order Criminal Intent, Blue Bloods and Madam Secretary since The Wire wrapped in 2008, according to IMDb. In 2015, the now 28-year-old actor played the role of Crim in Brotherly Love alongside Cory Hardrict, Keke Palmer, and Quincy Brown, according to Rolling Out.

Since leaving his role as the young, troubled Dukie on The Wire, Jermaine Crawford switched gears, focusing more on his music career as an R&B singer. According to his IMDb page, the now 26-year old entertainer had few small stints in TV series’ The Unusuals and Person of Interest and roles in the movies Cru and Roxanne Roxanne. before releasing his five-song project Underdog in October 2018, according to The Baltimore Sun.

With the street life now far behind them, the kids of The Wire appear to be thriving and doing what they love in the entertainment world.