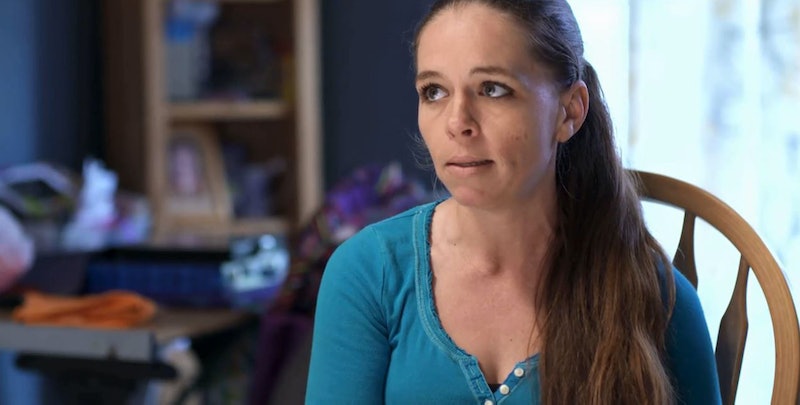 In January this year, the details surrounding the Turpin family's horrifying secret stunned the world. The story broke after Californian police discovered 13 malnourished children in their family home, as the New York Times reported, opening up one of the most shocking child abuse cases ever reported. The parents were arrested and charged for their crimes, which they deny, but where are the Turpin 13 now?

According to the Mirror, the children were swiftly taken into police care after being rescued from their parents home, and were given food and drinks after informing officers that they were starving. After the initial rescue, the Turpin kids were each taken to different hospitals for varying treatments, and offered a chance to clean themselves. After recovering from their horrifying ordeal in hospital, the children are now said to be much happier, and living in three separate homes in Riverside County, California, reports CNN.

Although often referred to as children, seven of the Turpin 13 are in fact adults. The adults spent time recovering at the Corona Regional Medical Centre for two months shortly after their rescue. When it came to the six remaining children, authorities found difficulty in finding a home in which they could all live together. Eventually, two of the youngest kids were put into foster care, CNN reports.

The harrowing story of the Turpin 13 will be told in the Channel 5 documentary, Tortured By Mum and Dad?: The Turpin 13. An official synopsis of the documentary reads: "This documentary investigates the shocking story of David and Louise Turpin, who kept their 13 children imprisoned in their own home until they were found in January 2018 when one of the siblings escaped and called the police. This programme shines a light on the mystery of how an unassuming suburban family in California managed to hide their dark and sinister secret for so long", reports the Radio Times.

As it stands, all of the seven adult escapees are living together in the same house, whilst the younger children reportedly stay in touch over Skype. Parents, Louise and David Turpin, are currently facing 42 charges which include child abuse, false imprisonment and torture, The Telegraph reports, all of which they pleaded not guilty to. These charges come after the Riverside District Attorney alleged that the children were chained to beds, suffered beatings, and strangulation for the decades in which they lived in their parents care.

The Turpin children were also allegedly exposed to dangerously unhygienic living conditions. Rooms within the four-bedroom home were reported to be "dark and foul smelling", whilst the rescued children were described as looking "malnourished and dirty", reports the Mirror. Attorney Mike Hestrin, who worked on the case, alleged that "none of victims were allowed to shower more than once a year."

The discovery of this horrendous living situation finally arrived after one of the children, a 17-year-old girl, plotted her escape for two years, CNN reports. Early one morning she climbed out of a window, making her escape and calling 911 using a deactivated mobile phone, People reports. The police arrived at the home and were shocked by the severe malnourishment of the children, some of whom appeared much younger than their actual age. Whilst rescuing the Turpin children from captivity, police said that the parents "were unable to immediately provide a logical reason why their children were restrained in that manner," the Independent reports.

After the older children completed their two months of treatment at the Corona Regional Medical Center, CNN reports that the CEO of the hospital, Mark Uffer, said:

"There were some tears flowing, both for the staff and the Turpin children. They said they loved us, they were going to miss us, they hoped to see us soon. We're hopeful they can now learn a lot of life skills, from shopping for groceries to cooking. For all the things that have allegedly been done to them, they still have the capacity to love and trust people who have been good to them. Their spirit has not been crushed."

More like this
What To Know About Martin Bashir After Watching 'The Crown'
By Bustle UK
Fans Have Discovered The 'I'm A Celebrity' Camp's *Exact* Location
By Emma Madden
Meghan Markle Just Addressed *Those* Wild 'Real Housewives' Rumours
By Sophie McEvoy
We’ve Got A Text! Another 'Love Island' Series Is On The Way
By Darshita Goyal
Get The Very Best Of Bustle/UK