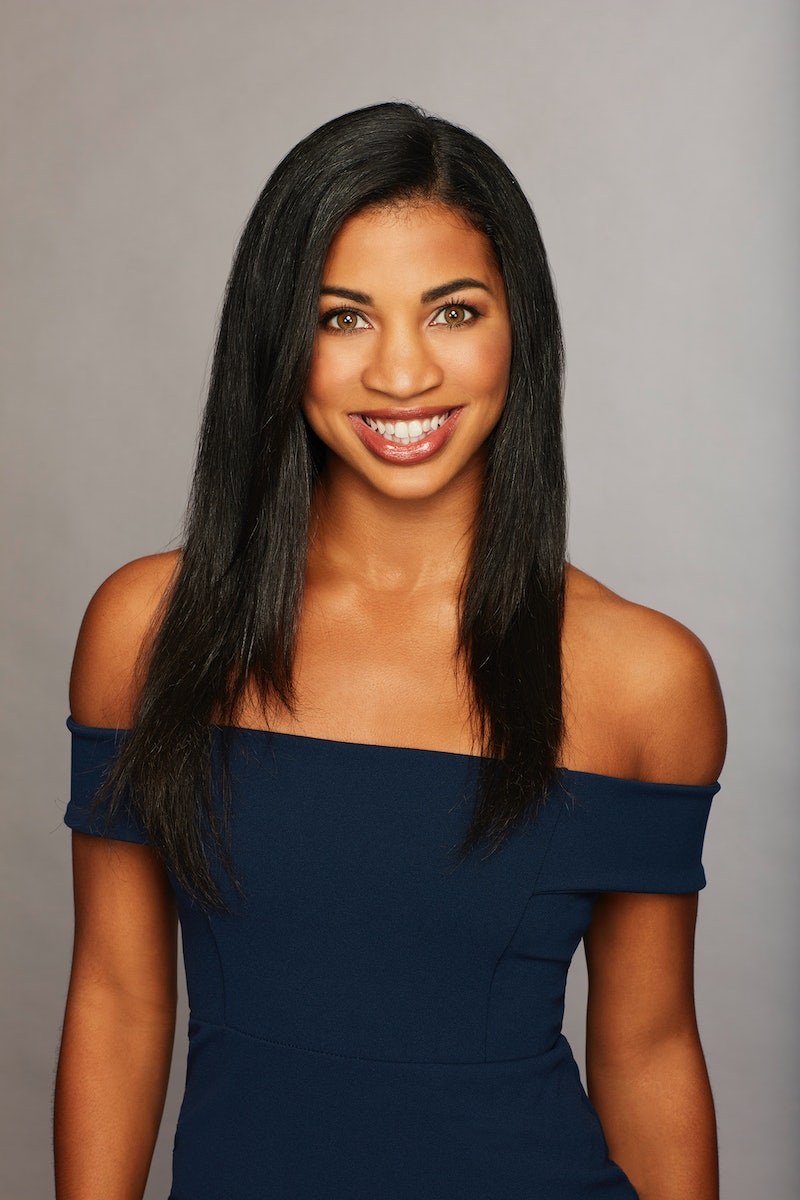 Colton has no shortage of women to choose from this season on The Bachelor. The contestants represent a wide variety — there's everything from dental professionals and marketing experts to models and dancers in the pool of incoming women, and a few have a mix of both. So where did Katie from The Bachelor used to dance? Katie's ABC cast biography says she danced for Louisiana State University's dance team — an old Instagram post dug up by TV blogger Reality Steve shows her featured on LSU's dance team's feed. That post contains what appears to be a Q&A with Katie, in which she said she'd been dancing for 19 years at the time, and her favorite genre was hip-hop.

There's not a ton of information about Katie's dancing past other than these tidbits, though her Instagram feed does have a photo or two of her time at LSU. Her Twitter feed also has plenty of commentary on LSU football within it, so she's definitely still connected to her college roots. The 26-year-old now works as a medical sales rep, according to ABC, but she "still dances in her spare time, and hopes to teach Colton a few moves." Oh boy.

Hopefully, we'll learn even more about what Katie's dance history as the season goes on. She's already gotten in a little face time with Colton before the season even started — Katie was one of the three contestants Ellen DeGeneres brought on her talk show to give Colton a little peek at what's coming.

In a game used to determine who would actually get to spend a little time with the Bachelor, DeGeneres asked Katie what her ideal date with Colton would be. "I think we'd go to Malibu and eat at Malibu Farms," she replied. "Something with food." That got her past the first round, but unfortunately when she failed to complete a "roses are red, violets are blue..." rhyme, she was sent falling down the chute below her. See the full clip below.

Even if she fell short this time, Katie seems like a good sport, and she also occasionally pokes fun at herself on her own social media. She's the type of personality that's great to have on a show that can too often be filled with people who take themselves a little too seriously. She'll have to be at least a little serious, though, because Colton certainly is! He's proclaimed that he's ready to find a wife, and that he's left the Becca and Tia drama of seasons past behind him.

Colton seemed overwhelmed, to say the least, during his stint on Becca's season of The Bachelorette, and especially on Bachelor In Paradise. Things have the potential to get a little more emotional for him than usual this season, especially since the show has insisted upon making his virginity such a huge talking point. So honestly, the more laid-back contestants like Katie that Colton can spend time with in the coming weeks, the better. Maybe she'll help to make his Bachelor experience a little more light-hearted.