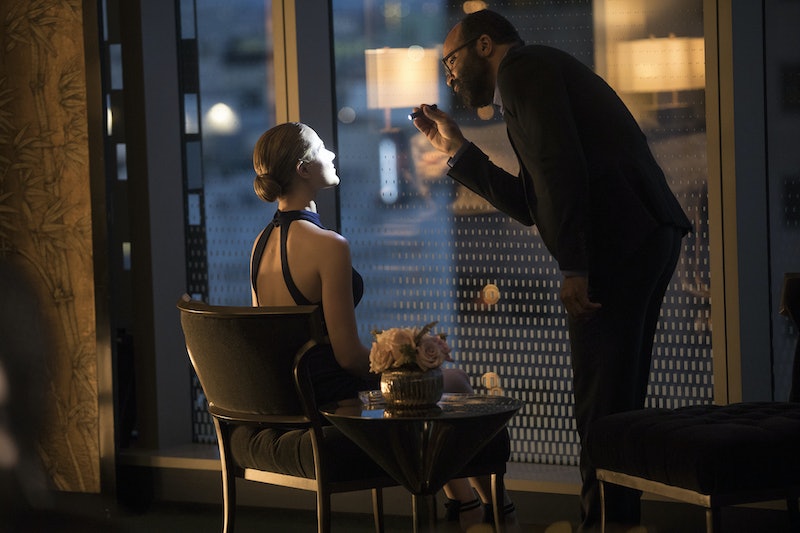 Even though there are plenty of other pressing matters to worry about on HBO's trippy sci-fi/Western series, fans of Westworld have long been obsessed with figuring out where exactly the titular park is situated. The location of Arnold's house in Westworld Season 2 provides another breadcrumb in the pursuit of that particular mystery. When Arnold took Dolores to his home in a flashback in the April 29 episode, "Reunion," he may have taken her out of her world… but he certainly didn't take her out of this world.

After many viewers spent the first season speculating that the park was in a facility on the Moon or Mars or somewhere other than Earth, the Season 2 premiere seemed to take efforts to reign in such wild conjectures. For the first time, verbal confirmation was given that Westworld is located on an island, and the presence of Chinese-speaking military personnel on the beach strongly suggests that the island is located somewhere in the South China Sea.

This jives with what some eagle-eyed fans had discovered in an Easter egg last season: in the Finnish version of the Season 1 finale, the subtitles translating the paper containing the whereabouts of Maeve's daughter were actually coordinates, which, when plugged into Google Maps, landed on a manmade island called Mischief Reef located in (you guessed it) the South China Sea.

So when Arnold took Dolores out for a stroll in the real world in the opening scene of "Reunion," many eager fans quickly began scanning the skylines of famous Asian cities, hopeful to land on a match that finally confirmed once and for all the show's actual location. But while some viewers insisted the vista shared similarities with the skylines of Singapore or Hong Kong, the buildings seen in the episode aren't a direct match for either city.

Leave it to Reddit to crack the code. Users on the site figured out the William-is-the-Man-in-Black twist pretty much by the time the credits rolled on the second episode (which introduced William), so someone was bound to recognize this skyline eventually. Indeed, Redditor deicide666ra quickly pointed out that the vista that had everyone stumped was much more American than others though. That's right — Arnold and Dolores were apparently strolling around the streets of Los Angeles.

The show disguised this fact by not featuring some of the city's more instantly recognizable buildings, like the U.S. Bank Tower or the Capitol Records Building. Rather, they chose the brand new Wilshire Grand Center, which just completed construction as the tallest building in the city in 2017 — and is thus not yet as well known to those outside the city as some of its more long-standing structures.

But, by using such a readily-identifiable landmark, is the show actually acknowledging that the scene takes place in Los Angeles? Or is it simply using a futuristic-looking building to suggest "vague future-city" and hoping no one would be able to pinpoint a specific location? (The addition of a restaurant with Chinese characters on its sign doesn't exactly confirm things one way or another, since there are plenty of restaurants serving Asian cuisine in Los Angeles.)

Only complicating matters is the fact that the house Bernard is building for his family in the episode is an actual house, seemingly augmented with a bit of CGI and decorative construction equipment: Frank Lloyd Wright's Millard House, located in Pasadena just a 20-minute drive outside of downtown Los Angeles. Now, clearly, Bernard's house isn't meant to be the Millard House, since that was already constructed back in 1923 — but can the use of two famous, recognizable L.A. landmarks in the space of one sequence be a coincidence?

Well, it could be, considering that, when it's not shooting on location in the deserts of California and Utah, according to CNN, Westworld filming is based in Hollywood — meaning that those two buildings are conveniently nearby. So does Bernard live in L.A.? To be fair, that would be "closer" to the South China Sea for his family, if they were moving from the East Coast. But still, it makes more sense in context for the house to be located in some futuristic Chinese city, perhaps one with a building that just happens to look a lot like the Wilshire Grand Center.

While it's hard to take the sequence as confirmation of anything, one thing is for sure: it's the height of irony that Arnold is building a facsimile of a real house to live in, when he will end up replaced by a facsimile of himself after trying (and failing) to put a stop to Westworld.