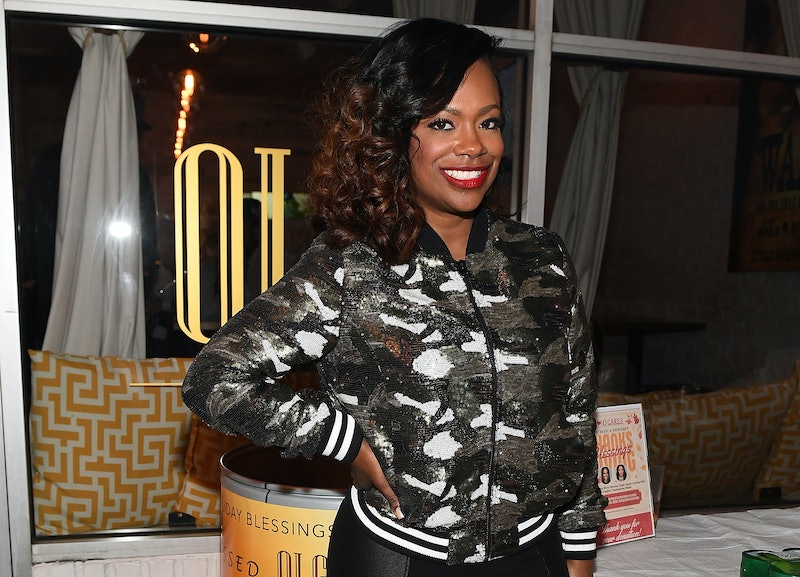 For several seasons now, The Real Housewives of Atlanta has featured Kandi Burruss' restaurant, Old Lady Gang, which she started with her husband, Todd Tucker, and the Old Lady Gang themselves: Kandi's mother, Joyce "Mama Joyce" Jones, and two aunts, Bertha Jones and Nora Wilcox. A lot of times, the lifestyles the Real Housewives lead aren't really accessible to us viewers, and sometimes the business ventures the women start don't exactly come to fruition. But, in the case of Kandi's restaurant, it's possible to visit a famous Real Housewives location, check out a reality star project that actually worked, and eat some delicious looking southern food while you're at it.

As seen on Season 9 of RHOA, the first Old Lady Gang restaurant was opened in March 2017. Then, in October 2018, Old Lady Gang Concessions debuted in the State Farm Arena, which hosts concerts and is home to the Atlanta Hawks. A month later, a second standalone restaurant opened.

If you'd like to visit one of the three locations, they're all in the Atlanta area:

Each location's hours, the menu, and information on reservations can be found on the Old Lady Gang website.

While the three locations opened in a short span of time, Kandi plans to take her time when it comes to the potential of taking the restaurant outside of Atlanta. "Right now, we're just conquering Atlanta," she said in a video for Bravo in December 2018. "We have three locations now, which is amazing to go from one to three in a year. Right now, we just want to see how we maintain the ones that we have and just continue to grow, bit by bit."

Season 12 of RHOA premieres on November 3, and it remains to be seen if Old Lady Gang will play a part this time around. So far, we know from the trailer that Kandi and Todd do get into a heated discussion about business. "You got six new businesses and you ain't did nothing with 'em," she tells him.

Well, they did alright with three Old Lady Gangs, so at least the track record is pretty good for turning that around... Either way, if you're in the Atlanta area and want some southern food with the potential to spot the reality TV couple, Old Lady Gang awaits.