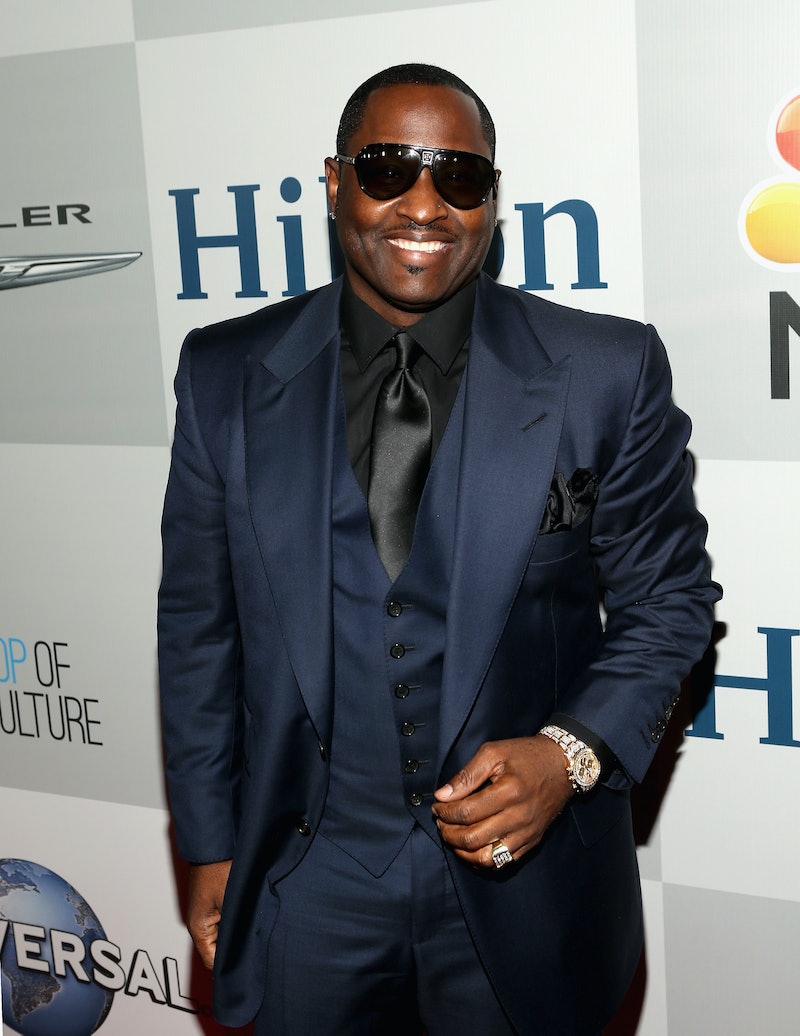 Listen, I am a '90s kid, and everyone knows that there's nothing more that a '90s kid loves than a bit of nostalgia. Even if the topic of said nostalgia started off a bit before my time. With that in mind, if you happened to catch the The New Edition Story miniseries, you're probably swimming down a sea of '80s and '90s R&B goodness and want to bask in all of the New Edition resurgence excitement just a little bit more. It's totally understandable. So, in the sake of keeping up the hype, let's revisit a major New Edition player and how he's doing presently. Like, for instance, where is Johnny Gill now?

If you're wondering what Gill is up to these days, you don't really have to look much further than his social media pages. He's not only active on Twitter, but he's also incredibly interactive with his loyal and passionate fanbase. And, if you were at all worried that the singer might've taken a step back from the music scene, fear not. As his Twitter bio reads, he's, "Still doing it after 32years!" Which is no easy feat in the entertainment business.

Proof that he's "still doing it"? Well, he currently has an album, Game Changer, that is yours for the taking on iTunes. He's also been performing all over the country as well, much to the delight of his fans.

And, to top that off, Gill was nominated for an NAACP award for Outstanding Music Video for his song, "This One's For Me And You" featuring New Edition. And, if you've seen the video, you know it's every bit deserving of the honor.

Oh, and then there's that little thing where New Edition just got a star on the Hollywood Walk of Fame. No big deal or anything. They're just forever immortalized in stone. It's cool.

But, while his music career is still going strong, it's perhaps his charitable work that is the most impressive. Back in October 2016, Gill was given the Autism Beyond the Label Award.

In fact, as LAParent.com points out, children with developmental disorders and special needs who attend the L.A. Speech and Therapy Center penned a song together called "Beyond the Label." They reportedly did so in order to, "encourage people to see beyond their diagnoses." Taking that sentiment to heart after seeing their performance, the Los Angeles Sentinel reported that, at the award ceremony, "Gill told the 300 gala attendees he will be releasing ['Beyond The Label'] that and other songs he performs with Wiley Center kids and special musical friends this year under his record label."

So, you see, Gill's career is still thriving, as is his charitable work. And he appears to be doing better than ever. Especially considering how hyped he was over The New Edition Story, as per all of his retweets.

Who could blame him for his excitement, though? Not just anyone gets a whole miniseries dedicated to their life and achievements.