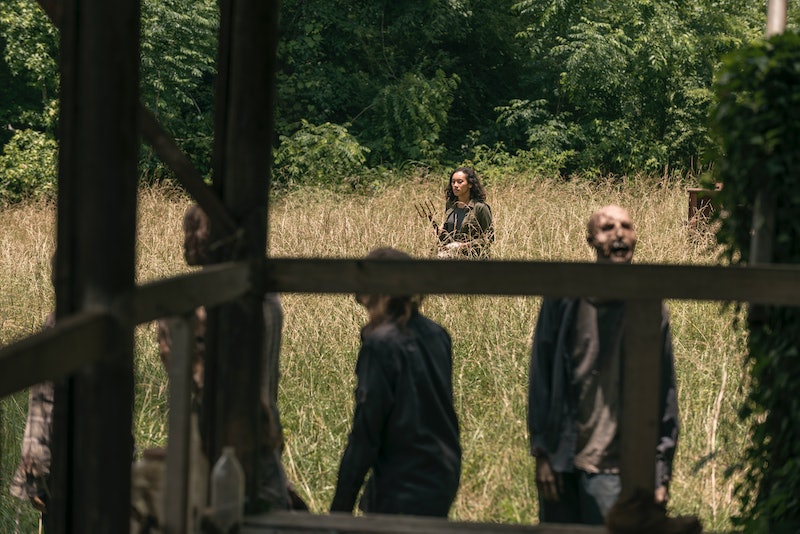 At the end of Season 8, Oceanside reluctantly joined the fight against Negan after Aaron persuaded them to take action. What happened after that? Was this a one-time alliance? Oceanside has never been villainous, only antagonistic as a way of defending their fierce right to independence in this new world. Even though they did ultimately help Alexandria and the Hillside out, it may take more persuading for them to really, like, join.

Rick mentions Oceanside in his monologue opening The Walking Dead Season 9, but other than that there have not been many clues about where they are and what they're doing. Rosita and Eugene were headed over there, and apparently Oceanside is contributing fish to trade for other resources.

They have a pretty good setup in their beach community, from what Tara and Heath learned when they discovered the community Season 7. It makes sense that it has not been completely abandoned, unlike the trash heap where the Scavengers set up shop. Have any of the women from Oceanside totally assimilated into Alexandria and the Hilltop? They certainly wouldn't move to the Sanctuary. Never forget, the Saviors killed all of the men in the Oceanside community. That mass murder is easily the worst atrocity from Negan's reign. In the first two episodes of Season 9, dissent towards Rick and Maggie is rising. It might be wise to check in on those that hated Negan most, even if he is safely locked away in Alexandria.

The M.A.S.H. homage at the bridge camp — a signpost that points to various nearby communities — includes Oceanside. We know where Oceanside physically is... on the ocean. Or, rather, on the Chesapeake Bay. Getting from Alexandria, Virginia to the Atlantic Ocean in a zombie apocalypse would require more than a bridge. After they were cut in half by the Saviors, the group retreated to an abandoned Motor Court campground. We don't know where they were before, but that's where they are now. Anyway, the inclusion of Oceanside on the signpost not only indicates that the group is still around and working with the other communities, but that some of them may even be working on the bridge.

At the very least, Cyndie is there. She was part of the group that raided the Smithsonian. She's a member of the bridge project, and seems to have made friends with the other survivors. Still, what happened to the rest of them? Maybe they're all just fishing, but it's likely that it's something more ominous.

It's unlikely that Oceanside somehow acquired a helicopter, right? Between that arrival and whoever is killing the Saviors in Season 9, a lot of people seem to be lurking on the sidelines of Rick Grimes' new faction of survivors. When the bridge is finished, Cyndie probably plans to go back to her people, but don't for better or worse don't count Oceanside out.