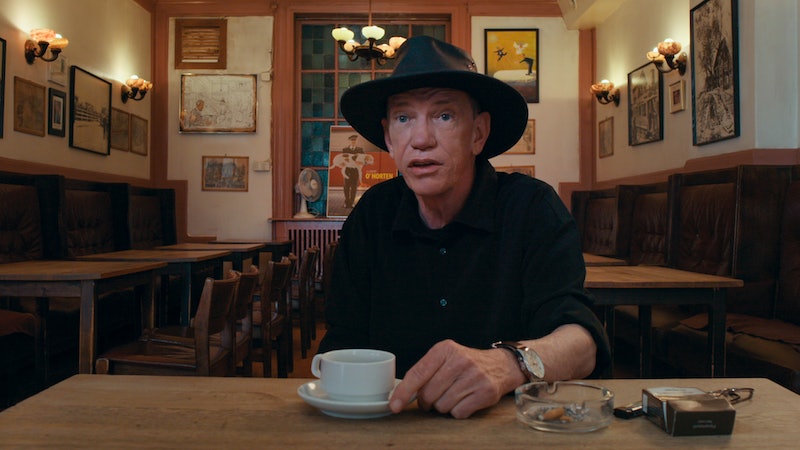 Journalist and TV producer Rick Kirkham spent five years of his life filming a prospective Joe Exotic reality TV series...only for it to literally go up in flames. As Kirkham explains in Netflix's Tiger King docuseries, he saw the "good, bad, and ugly" of Exotic's life, which he alleges may have compelled Exotic to destroy all of the footage, along with incriminating documents under subpoena. After the fire, Kirkham had a "complete nervous breakdown" and abruptly left G.W. Zoo to return to his Dallas home. He has since cut all ties with Exotic; now, Kirkham works out of Bodø, Norway as a freelance reporter for Norwegian paper BODØ NU. According to his LinkedIn, he also produces TV and film projects for RealReels.

Per Oxygen, Kirkham studied broadcast journalism at the University of Central Oklahoma and went on to become a crime reporter at a Las Vegas NBC affiliate. Inside Edition then hired him in 1988 as an anchor. He began by interviewing high-profile celebs and political figures, but soon turned to doing outrageous stunts, like being shot out of a cannon or set on fire.

An increasing substance use disorder caused him to get fired from Inside Edition. After successfully completely rehab, Kirkham released the 2006 HBO documentary TV Junkie, a compilation of self-filmed footage detailing his substance use.

Kirkham then moved onto Exotic's G.W. Zoo property and spent years filming everything Exotic and his crew did. It was Kirkham who suggested that they film a segment of Exotic dressed as a "Tiger King" for the opening sequence, and Exotic subsequently latched onto the name. In Tiger King, you see how the knowledge of being filmed was like a powder keg for Exotic, who erupted in increasingly volatile ways whenever the camera was rolling.

By 2015, Kirkham had amassed an incredible amount of useable footage, but in March, a suspected arson fire burnt down the studio. Not only was all of Kirkham's footage destroyed, but the zoo's alligators also perished in the fire. "I dropped to my knees and I cried," Kirkham says in Tiger King. "I cried because all of our footage was in that studio and I hadn't backed up anything." One brief segment in the series shows what appears to be Joe Exotic's lawyer hinting to him to get rid of Kirkham's footage if he's unhappy with the contents.

Though Tiger King mentions that others suspected that Kirkham himself started the fire, Kirkham shoots down the allegation. "That's my retirement money that just burned, OK?" he says in the documentary. Kirkham was told by Joe Exotic and his employees that if he ever came back, he would be arrested for trespassing.

In a disturbing coincidence, just six months after Kirkham left G.W. Zoo, his own Texas home burned down. Kirkham wasn't home, but sadly his dog passed away, according to New York Magazine. It's a heartbreaking twist to Kirkham's saga, and further proof that Kirkham deserved better.