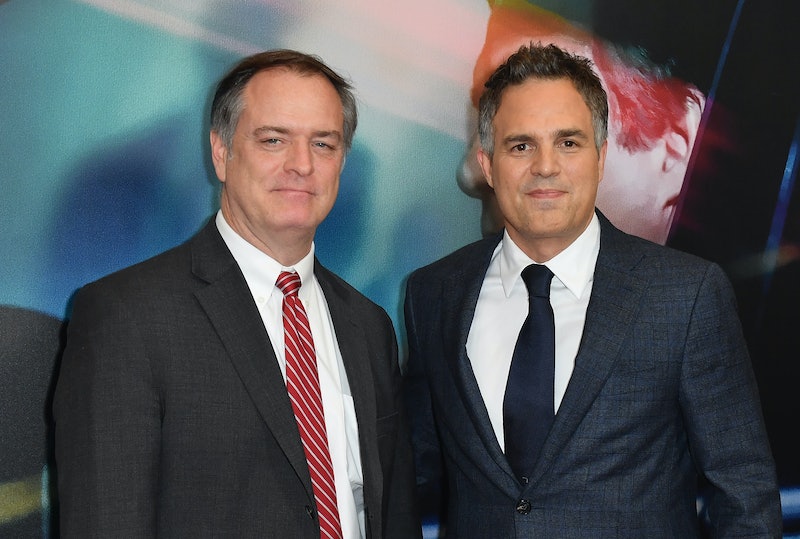 Robert Bilott always specialized in environmental law, but before 1998 he worked with large corporate clients, helping them understand and obey legislation relating to toxic materials and their release. All that changed when a farmer who knew Bilott's grandmother came to him and asked if he could be represented — his cattle were dying and he suspected chemical company DuPont had something to do with it. Bilott's initial investigation led to over 20 years of research, a massive class-action lawsuit, and worldwide changes in the creation and handling of chemical compounds. And now, Robert Bilott's story is the focus of the film Dark Waters, in theaters on November 22.

It wouldn't surprise anyone that a lawyer dogged as Bilott is continuing the same work. He remains at the same law firm he began at, Taft Stettinius & Hollister LLP, having become a partner back in 1998. Just a few months ago on October 8, 2019, he published a book, Exposure: Poisoned Water, Corporate Greed, and One Lawyer's Twenty-Year Battle against DuPont, that told the full story of his work to bring PFOAs, chemically stabilized substances unregulated and unresearched at the start of his investigation, to the attention of the Environmental Protection Agency and general public.

In 2016, the New York Times published an article about Bilott's work, The Lawyer Who Became DuPont's Worst Nightmare. Of those who read the article, actor Mark Ruffalo, who was curious enough to reach out to Bilott directly about turning his story into a movie. Speaking to Variety, Ruffalo said, "I felt like the article probably couldn’t get into really all of the details ... I wanted to take film and tell those stories of real people on the front lines fighting for their lives every single day, we never hear from, never hear about, and this was a way for me to take my art form and be not political, but human.” This might be a more fruitful way of doing so, as the actor's Water Defense foundation, founded in 2010, seems to have quietly disappeared in 2018 after an unfortunate campaign in Flint, MI.

The film focuses on Bilott's discovery of PFOAs after taking on the Parkersburg, West Virginia farmer as his client. The farmer's cows were dying terrible deaths, blood coming out of their noses and mouths, and he suspected his brother's sale of a chunk of their land to DuPont allegedly had something to do with it. In 2005, Bilott's work resulted in an EPA case brought against DuPont that they settled for $16.5 million, less than 2% of the profits they made on PFOAs that year.

In 2017 Bilott became a Right Livelihood Foundation laureate. Often referred to as an alternate Nobel, the award is to "honour and support those offering practical and exemplary answers to the most urgent challenges facing us today," according to the foundation's website. Recent laureates include Greta Thunberg (of Sweden) and Guo Jianmei (of China).

Currently, Bilott's going forward with another major class action suit, against eight different chemical companies, on behalf of everyone in the U.S. with PFAs, not just PFOAs, in their blood. By widening the scope and demanding chemical companies pay for the scientific studies and tests to back their claims these chemicals are harmless, Bilott hopes to hold them accountable on a larger scale. Speaking to E&E News, he explained, "we're dealing with a real public health threat from PFOA, and information does exist that we spent 20 years collecting and confirming...We shouldn't be spending another 20 years to realize that we already have what we need to move forward on this chemical."