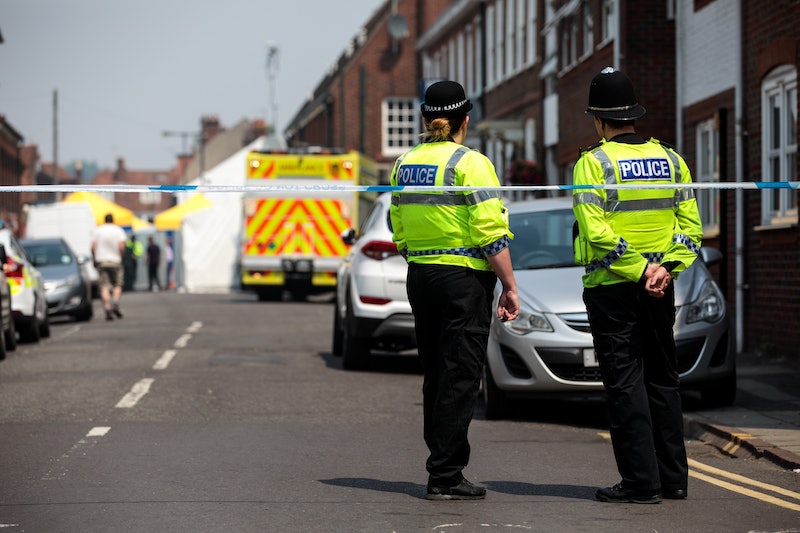 With the world still facing a global pandemic caused by a threat that's invisible to the naked eye, new BBC Drama The Salisbury Poisonings feels very close to home. The three-part series dramatises the March 2018 assassination attempt involving the nerve agent Novichok. It saw Sergei Skripal, a Russian double agent for the UK, and his daughter poisoned in a Salisbury pizza restaurant. The story is so extraordinary it almost sounds like fiction.

Rather than centre on spies or the inner workings of secret government departments, the three-part series focuses on the individuals who were the collateral damage of the Novichok attack. These include couple Dawn Sturgess and Charlie Rowley from Amesbury in Wiltshire and DC Nick Bailey who searched Skripal’s home. Sturgess died after spraying herself with perfume from a bottle contaminated with Novichok, nearly four months after the initial attack on Skripal and his daughter. But what happened to her partner Rowley and where is he now?

As the Guardian reports, Rowley found the perfume in a charity shop and later gave it to his girlfriend as a gift. According to police, the bottle had been used to spray Novichok onto Skripal’s door handle and made its way into the charity shop afterwards. However, Rowley told the Guardian he disputes this theory, explaining the bottle was covered in hard plastic, and he had to use a knife to remove it. He therefore believes it couldn’t have been used before he discovered it.

After spraying the perfume in Rowley's flat, both he and Sturgess became ill and were rushed to hospital. Sturgess sadly passed away a few days later, while Rowley took months to recover. In an interview with the Guardian back in 2018, Rowley said: “I feel like we’re being kept in the dark about what really happened.” He continued, “I will go down every avenue if I have to. Of course, I want to find out the truth. There are still no answers to the real questions."

Rowley has since moved out of the flat where the poisoning occurred. Per iNews, his former home is set to be demolished. The publication reports that Rowley is still dealing with the repercussions of the nerve agent attack suffering both mentally and physically, with his sight, balance, and immune system affected.

He has seen the BBC series and told The Sun he felt it did justice to his late girlfriend and his memories of her. “I have watched all three episodes. It was incredibly moving and I had a few tears," he said. "It shows the Dawn I loved, a lovely, caring and generous person. For our relationship to end so abruptly in such a way was an unnatural thing.”

More like this
Where Is Oscar Torres In 'Only Murders In The Building' Season 2?
By El Hunt
'Love Island’s Latest Bombshell Has His Mind Set On One Girl In Particular
By Sophie McEvoy
'The Undeclared War' Took Inspiration From This Gavin & Stacey Location
By Maxine Harrison
Twitter Is Totally Divided Over Dami & Luca’s Behaviour
By Sophie McEvoy
Get The Very Best Of Bustle/UK