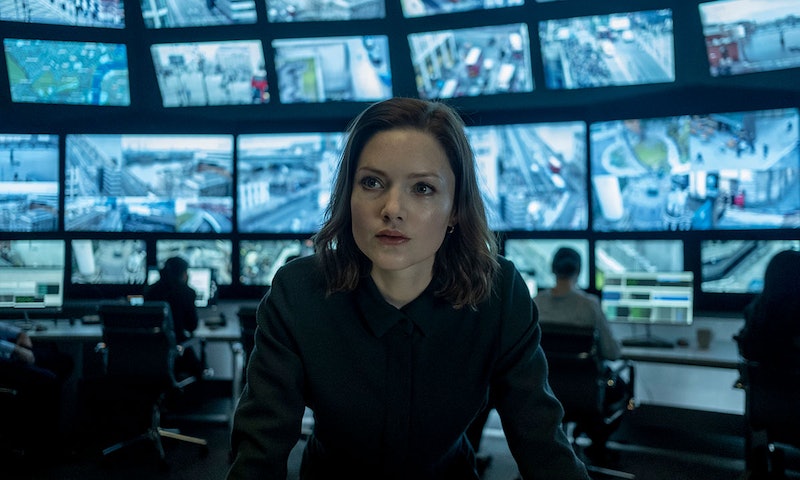 The BBC is known and loved for its incredible ability to churn out world-class entertainment. The drama department regularly brings the country to its knees in terms of top-quality viewing enjoyment. You know, shows like Bodyguard, The Night Manager, Keeping Faith. Programmes that not only draw in millions of viewers but also serve for fun water-cooler chats. If even to discuss how you lost your voice screaming at the telly the night before. New show The Capture is absolutely in this same vein. So where is The Capture filmed? Because I feel like a whole bunch of scenes look super familiar.

So the new show is all about fake news, the media, surveillance, and high-powered police operations. For this reason a lot of it is set in a command room for a fictitious Counter Terror Department. And the room you see is so realistic that it may leave you wondering: how the heck the production team got access to a top secret command room?!

Well, they didn't. It was, in fact, a set. A purpose-built set in Hayes, West London. And it sounds pretty high tech. According to the Radio Times, the team — who built everything entirely from scratch — wired in "hundreds of screens" to play the "mocked-up CCTV footage" that plays a crucial role in this series.

Speaking to the Radio Times, producer Derek Ritchie said that the police advisor who was on hand during filming was really impressed with what they had created. "The police advisor was quite delighted when he got to see this set," Ritchie said. "He has a background in this kind of work, [and] he was blown away by the fact that we’ve created something that’s not that far off what the Met actually have." Ritchie continued:

"The police advisor was not willing to tell us too much obviously, because all of that stuff has to be kept very secret, but particularly from [screenwriter] Ben Chanan, from his documentaries, and the police he’s spoken to over the years, he's had a very good sense of how all that works."

As well as the Hayes set, the show was also shot in locations all around London. Including the actual Shard. Ritchie shared with the Radio Times that they were keen to show lots of different parts of London, from the posh to the not-so-posh, and even the flipping suburbs. He said:

"We've been all over London to marvellous places, and more down at heel places. We've got the Shard, Printworks in Bermondsey, we did a week's worth of shooting there. We've been down in Sutton enjoying the delights of the suburbs."

With all these locations and high-tech command rooms, I'll bet you're curious as to what the heck this show is actually about. Well guys, don't worry, I got you.

Shaun Emery, played by Callum Turner, is a soldier whose conviction for murder has been overturned. The conviction no longer stood as it transpired the video evidence that led to his arrest was flawed. He has a new lease of life and seizes the opportunity to return to his normal life as a family man with his young daughter. However, blissful normality is short lived after yet another piece of video evidence catches him out.

CCTV footage of him from a night out comes to light and the damning footage leads to his life being turned upside down. Leaving him with no choice but to brace for battle once again. A battle is for his freedom and good name.

DI Rachel Carey, played by Holliday Grainger, is brought in to investigate the case. During the investigation, she quickly learns that all is not as it seems. She finds that that the truth can, in fact, be a matter of perspective. A difficult perspective to understand to when you don't know who to trust.

The show is in six parts and will be sure to hit all of your thrill buttons ten times over.