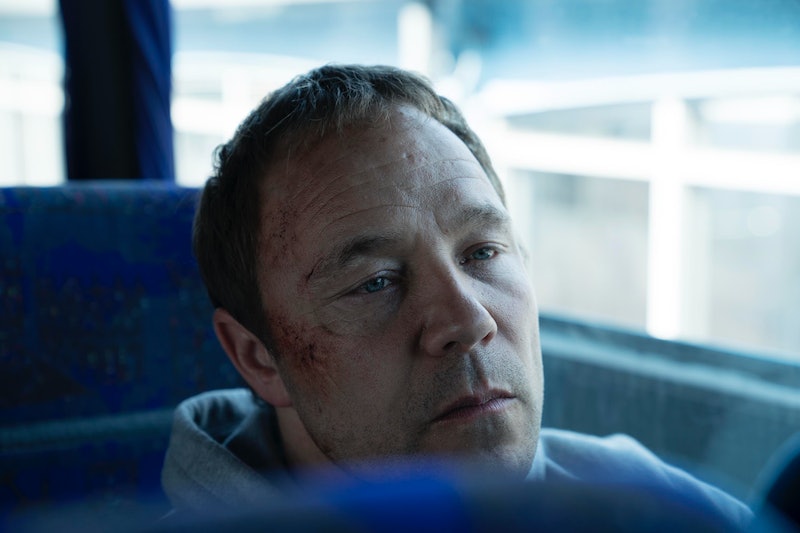 The Shane Meadows-led drama The Virtues arrives on Channel 4 this week, and viewers will be introduced to the story of Joseph, whose already dysfunctional life is made worse after his ex-partner leaves the UK along with their young child in search of a better life. The brand new series stars the likes of Line of Duty actor Stephen Graham. But where is The Virtues filmed? Here's all the info we know so far.

As iNews reports, the show is set in Sheffield, where Joseph lives and Belfast, where he travels to uncover a dark secret in his past. According to Deadline, filming of The Virtues mostly took place in Sheffield, Liverpool, and Belfast. The majority of interior shots were filmed in the Yorkshire city of Sheffield — while much of the on-location work took place in Belfast, Birkenhead, and the Liverpool to Belfast ferry, as iNews reports. The decision behind the chosen filming spots stems from the location of the production company, and the plot of the Channel 4 drama. The series is produced by the Sheffield-based production company, Warp Films, and the story of The Virtues kicks off within the Northern city.

Filming of the new series was carried out in chronological order, a creative decision made to allow flexibility with the potential changing of storylines which, according to iNews, is considered an unusual method for a television project of this scale.

According to the Radio Times, the drama explores the themes of revenge and repressed memory, and was penned by This is England collaborators, Shane Meadows and Jack Thorne. An official Channel 4 synopsis of The Virtues reads, "With no immediate family to live for, Joseph is haunted by a past he has tried, for decades, to forget — if not actively obscure with drink and drugs. Suffering the hangover from hell — the dry spell over — he walks away from his present life and boards a boat bound for Ireland to confront hazy, fear-inducing memories from a childhood spent in the care system that he’s had to forget."

As previously mentioned, the series stars actor Stephen Graham as the character of Joseph. Discussing the details of his character in an interview with Channel 4, Graham said, "Joseph is trying to piece together what happened to him as a child, and slowly as he’s working out what’s going on and what did happen, all these images are flying up into his head, all these repressed memories that he had as a child. Its post-traumatic stress disorder, basically, in its purest form."

The series also stars Helen Behan as Anna, the sister of Joseph who hasn't seen her brother since childhood. After telling her children that their estranged uncle is dead, Joseph unexpectedly turns up at her home in Ireland. Appearing as Anna's husband Michael is actor Frank Laverty, whilst Mark O’Halloran stars as Michael's mysterious colleague, Craigy. Completing the main cast is Niamh Algar who plays the character of Dinah in The Virtues — the sister of Michael, who can relate to Joseph's ongoing struggle with the past.