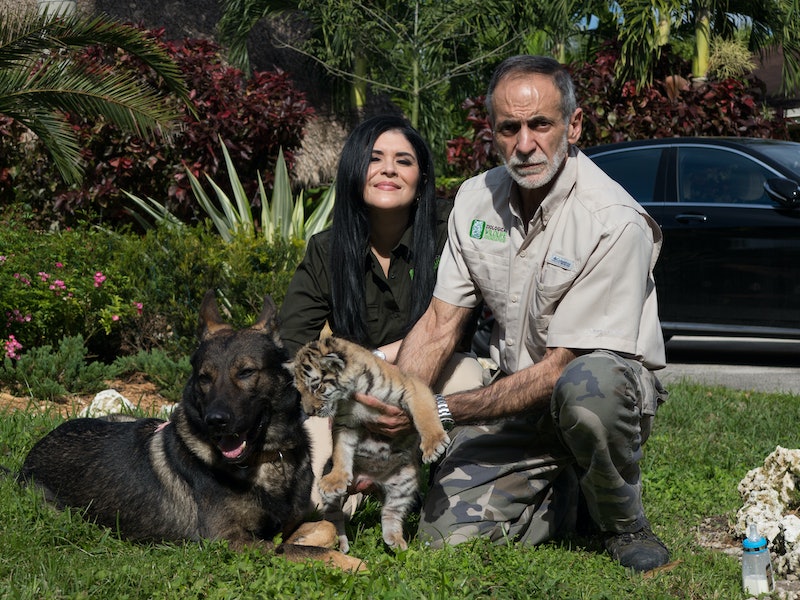 The new Netflix documentary series Tiger King has completely taken over pop culture since its release on March 20. With movie theaters closed, TV productions shut down, and live sports canceled due to the coronavirus pandemic, streaming is experiencing an even bigger boom than usual. And the true crime series about eccentric zoo owner Joe Exotic has been just what the doctor ordered to fight the quarantine-induced cabin ever. But Exotic is hardly the only seedy character featured in Tiger King. There's also zoo owner/drug emperor Mario Tabraue, who might be even more outlandish than Exotic. So where is Mario Tabraue now?

Unlike Exotic, Tabraue is not currently incarcerated — though some might argue that he should be. In 1987, Tabraue was arrested on racketeering and narcotics charges. He is alleged to have been a kingpin of a $75 million illegal drug operation in south Florida, and testimony during his 1989 trial even accused Tabraue of using a machete in an attempt to dismember the body of a federal informant who had been murdered by some of his men. At the conclusion of the four-month trial, Tabraue was ultimately sentenced to 100 years behind bars. You don't have to be a math whiz to determine that a century has not yet passed since 1989 as the year is only 2020. So why is Tabraue out of prison already?

Tabraue was released from prison in 2000 after serving just a dozen years behind bars. He received such a staggeringly early release thanks to his acting as an informant for federal authorities, helping implicate murderers, money launderers, and drug traffickers, according to the South Florida Sun Sentinel. In the two-decades since his release, Tabraue has focused on running his Miami zoo, the Zoological Wildlife Foundation. The zoo's website lists the former drug kingpin as its president and director, while his wife Maria Tabraue is labeled its co-president and director. The couple opened the center in 2001, shortly after Tabraue's release from prison.

For someone who served such a high-profile and serious prison sentence, Tabraue hasn't exactly kept a low profile in recent years. In 2014, the zoo owner made headlines for his lobbying efforts in Washington, D.C. A proposal at the time called the Big Cats and Public Safety Protection Act was introduced by California republican Buck McKeon, who was inspired by a tragic 2011 event in which 48 exotic animals were killed by law enforcement after they were released by their owner in Zanesville, OH. The act would have made it more difficult for people to obtain exotic animals and would seek to regulate and provide oversight to the industry. Tabraue greatly opposed the legislation, and paid a D.C. lobbyist to fight it. The bill did not advance, but updated versions of the bill were introduced in both the House and Senate in 2019 by Illinois democrat Mike Quigley in the House and Connecticut democrat Richard Blumenthal in the Senate, respectively.

While he may have left his more nefarious dealings in his past, Tabraue remains a controversial figure due to his ongoing work in the exotic animal trade.

More like this
‘Squid Game’ Creator Hwang Dong-Hyuk Just Dropped A Major Season 2 Tease
By Brian Anthony Hernandez and Bustle Editors
Here’s Everything Coming To & Leaving Netflix In October
By Jake Viswanath
What’s New On Netflix: Meet 'The Real Bling Ring'
By Arya Roshanian
What’s New On Netflix: Camila Mendes & Maya Hawke 'Do Revenge'
By Arya Roshanian
Get Even More From Bustle — Sign Up For The Newsletter