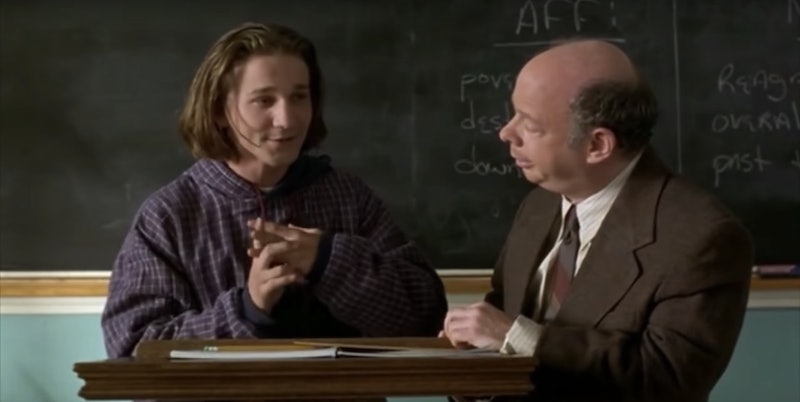 Of all the characters in Clueless, he seems to be the only one who actually bore a passing resemblance to a real high school student. While wondering where Travis from Clueless is now might not be on your mind on a daily basis, that's exactly why it's worth exploring now. After all, it was hard not to be charmed by the former stoner. The character is kind, funny, and seriously great at skateboarding. Yet for as much as you know about Travis, you probably don't know a ton about the actor behind him, Breckin Meyer.

According to his IMDb page, Meyer did well in the decade or so following Clueless. Coincidentally, he played similar stoner types in 1996's The Craft and Escape From L.A., but throughout the decade, he'd be relegated to supporting roles. In 1997, he played the friend of an Olympic contender in Prefontaine, and in 1998, he appeared in 54 as the guy married to the coat check girl (played by Salma Hayek).

The actor finally landed the juicy leading role he deserved with 2000's Road Trip, where he played college student Josh, who accidentally mails a videotape of himself having a one-night stand to his girlfriend in a different state. He then must travel cross-country to retrieve the tape. Sure, it wasn't high art, but it was funny and goofy, making it a perfect vehicle for Meyer's talents.

Perhaps this professional boost gave him the confidence to take steps in making his personal life more serious too — Us Weekly reported that in 2001, Meyer and screenwriter Deborah Kaplan tied the knot. According to IMDb, the 1998 movies Josie And The Pussycats and Can't Hardly Wait were co-directed by Kaplan — and Meyer starred in both. So, it seems more than likely that they met on set.

Meyer has two daughters, according to FrostSnow.com: Caitlin Willow in 2003, and Clover, "a few years later." But after almost 11 years of marriage, E! News reported Meyer and Kaplan were getting divorced in 2012. Still, he doesn't appear to be lonely. This year, the Daily Mail photographed him Meyer kissing a "mystery woman" and looking goofily happy.

But even during his marriage, he kept busy and segued into TV work. Meyer worked on King Of The Hill for a whopping 10 years, voicing Joseph Gribble (Bobby Hill's best friend and neighbor) and Mr. Haggerty. Between 2005 and 2016, he voiced characters as varied as Superman, Clark Kent, Jesus Christ, and Munson on Robot Chicken. On top of that, he also voiced Courtney, Reggie, and Johnny Scanlon in the series SuperMansion.

In case that's not enough, he also physically appeared on TV shows, starring as party-boy lawyer Jared Franklin on the law-comedy Franklin & Bash between 2011 and 2014.

But, what about life beyond work? According to Instagram, he seems to frequently have fun with his friends, which include Seth Green. The two worked together on Josie And The Pussycats, where they played members of the same boyband. Ryan Philippe regularly comments on his Instagram, too.

It's also on Instagram that he seemed to reveal his next project: Meyer is developing a "single dad comedy" at ABC. Since he's proven to be funny, it'll be exciting to see him move beyond voice work and return to the forefront of the small screen.

Meyer leveraged one niche role — that of a cute stoner — into a lifetime's worth of TV work. The sheer number of entries on his résumé is a testament to his talent.