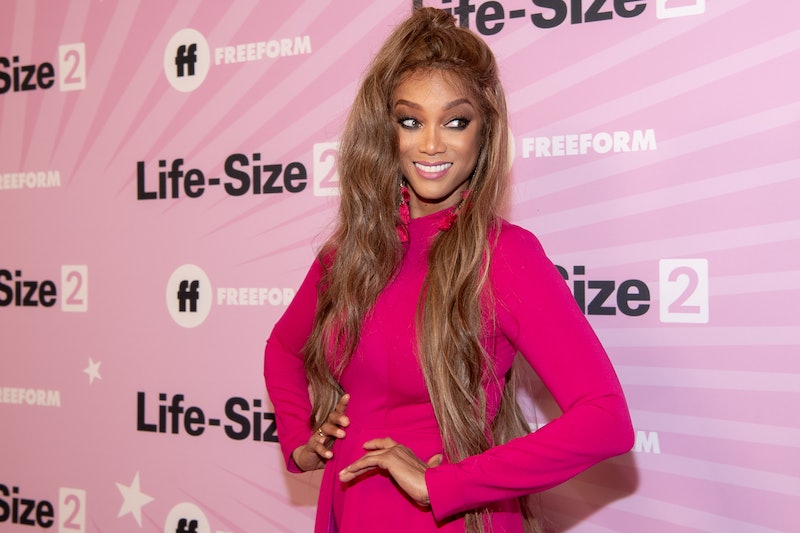 One of the fashion industry's top supermodels is about to bring you an amusement park like no other. Tyra Banks is opening an amusement park called Modelland later this year, and it's going to be right up there on your list of places to visit, right next to Universal Studios and Disneyland.

Banks has been modeling since the age of 15, and has cemented her place in history by not only being one of the most iconic Victoria Secret models, but also being the first African American woman to grace the Sports Illustrated Swimsuit Issue and the first female model to be on the cover of GQ. By the Noughties, Banks was one of the world's top-earning models, and she went on to bring modeling to the masses by not only creating and hosting America's Next Top Model, which ran for 22 seasons, but also hosting the Emmy-winning daytime show, The Tyra Banks Show. Now the iconic model and businesswoman is at it again, but this time creating a model-themed amusement park complex that she plans on expanding globally.

Set to open in late 2019 in Santa Monica, CA, the idea behind the project is to not only bring modeling closer to the public, but to also help expand the definition of beauty. The venue will be a multi-level, 21,000 sq. ft space that will offer up shopping, dining, and interactive entertainment. “I’ve always been insanely inspired by attractions like Disneyland and Universal Studios and have wanted to bring that spirit of adventure and storytelling to the world of modeling,” Banks told Variety. “But not the exclusive modeling industry. I’m talking about modeling for the masses.”

Modelland has been in the planning stages for 10 years, and while Banks has not been able to get into specifics about what it will entail, she did share with various news outlets that it is about becoming the best you possible while visiting. She is aiming to open up the fantasy world of modeling to the every-man, allowing us to step into a model's shoes for an afternoon by entering into a curated story-line that will make you feel like a model. For example, according to People, the experience will include outfits for visitors to wear which were chosen by Hollywood stylists and costume designers, and end with a fancy, curated meal.

"Men, women, families, all generations can come and enter this model world for a day, have a fun shopping experience, and an eventful meal. This will be the first of many," Banks shared with WWD.

"Modelland is not just a place to us; It’s a movement. Yes, it’s an attraction and a destination, but above all, it’s the genesis for people with all types of different beauty to feel seen and validated. Modelland will empower them to embrace, celebrate and adorn their own unique beauty in ways they never thought possible," Banks told Variety.

While details are still relatively scarce at the moment, the main idea is to redefine to the public what a model is — and to show them that they have what it takes to be one.