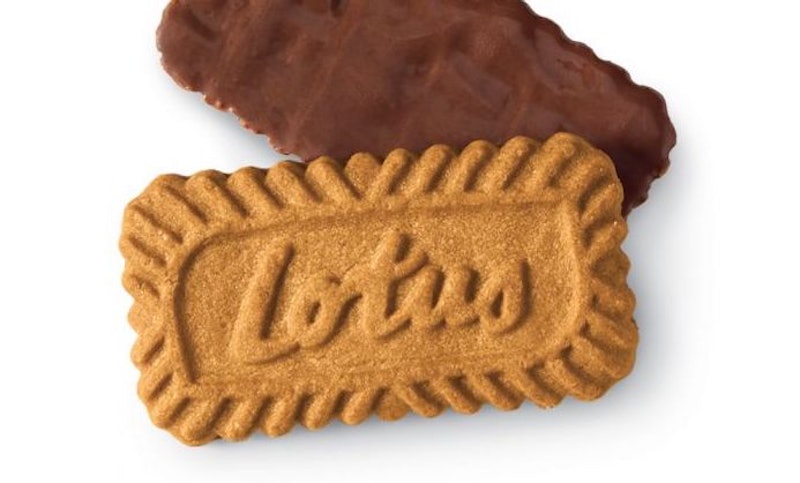 The old adage goes: "if it ain't broke don't fix it." However, if fixing something means coating it in chocolate I'm all for it. Lotus Belgian chocolate coated biscuits are a little of what you fancy times a gazillion, and available in the UK now.

The snack comes from biscuit geniuses Lotus who have established themselves as a company which knows its sweet treats. Their famously crunchy, caramelised biscuit, which is made for dunking, has evolved to an even more delicious state thanks to a thick layer of chocolatey goodness. Lotus is a Belgian brand so it's a natural move for them to crown their famous biscuits with some Belgian chocolate goodness.

The brand hasn't been shy regarding chocolatey developments and as I reported previously, has even collaborated with stalwart of the confectionary aisle KitKat. Unlike those fabled KitKats however, getting your mitts on these scrumptious treats is fairly easy as according to the Metro, they'll be available in Sainsbury's, Asda, and Poundland.

Fans of Lotus will be familiar with not only its biscuits but its divine Biscoff spread. Available in smooth or crunchy, it's perfect for spreading on absolutely anything or, let's be honest, eating with a spoon.

Lotus Biscoff With Belgian Chocolate
Asda
Lotus' legendary biscuit made even better with a layer of chocolate.

Lotus has been keeping UK consumers happy as clams of late as this isn't their only recent product development. No, not content with merely making your biscuit and tea break better — they've only gone and thrown themselves into the frozen aisle.

As I recently reported, Lotus Cookie Butter ice cream has hit our shores and needless to say, the jury has returned on this one and it says guilty on all charges of deliciousness. Costing £3.99 it's not cheap but you guys, it's almost worth going through a break up to hang a fang on this frozen delight.

Lotus Biscoff with Belgian chocolate are available now. All that's left to worry about is will they fall to pieces in your afternoon cuppa. Only one way to find out.