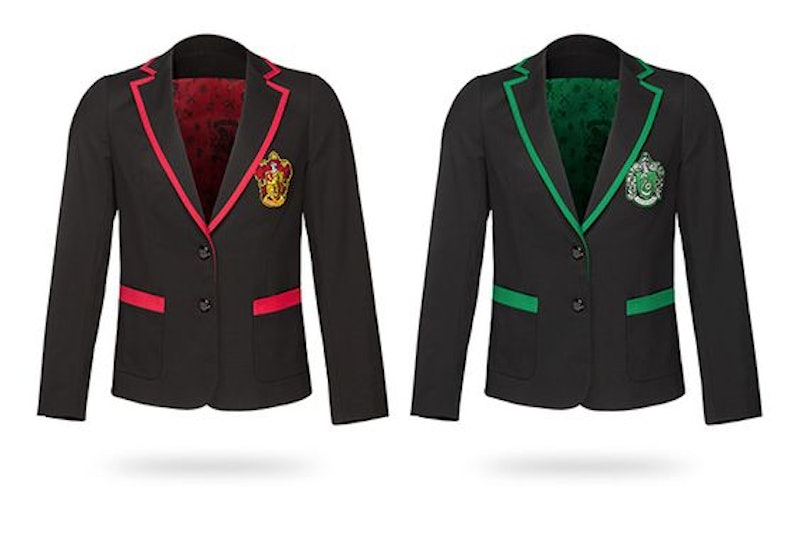 Gone are the days where dressing like a character from Harry Potter is only acceptable on Halloween. Thanks to Think Geek's new Harry Potter blazers, fans can rock the insignia of their favorite house every day of the year with no shame.

Think Geek partnered with Robe Stock to create a Harry Potter-themed blazer for each Hogwarts house (Gryffindor, Hufflepuff, Ravenclaw, and Slytherin), which comes in a variety of sizes, from extra small to 3X. There are even two different versions of the blazer, one for men and one for women, so you don't have to worry about buying a unisex blazer that doesn't fit your frame.

Fans will love that the blazer has just the right amount of Harry Potter details so they can wear it out in public without it feeling like a costume. The jacket has piping and a classy silk lining that corresponds to each house's color, a house crest patch on the right side, and two buttons engraved with the Hogwarts crest. It's subtle, but no one will doubt your passion for Harry Potter.

It's very likely that these blazers will sell out quickly, so you should buy one ASAP if you want one.