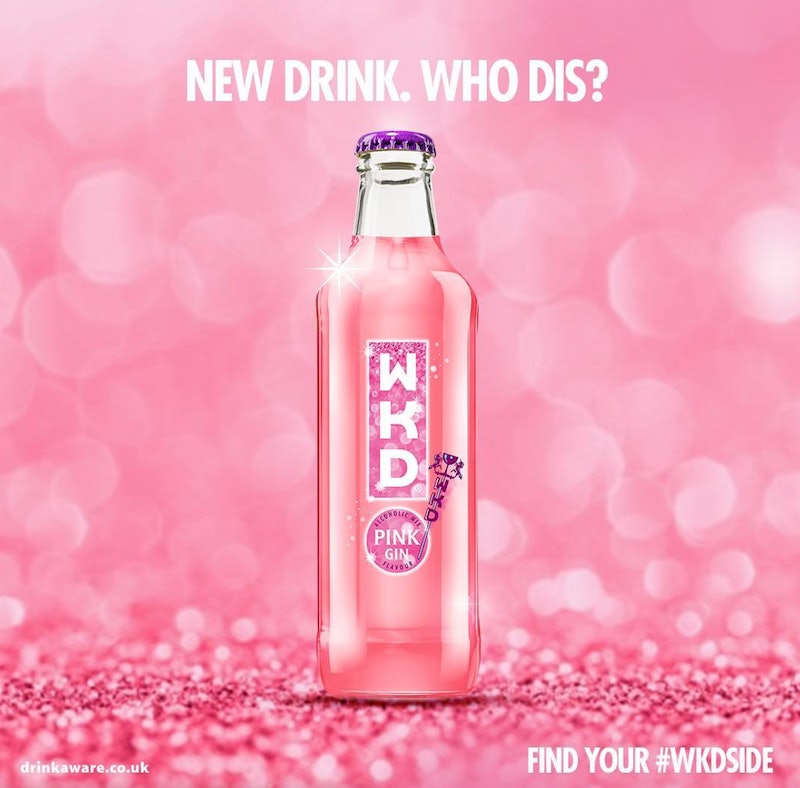 You probably have enjoyed a fair few alcopops in your time. A stalwart of the late nineties and early noughties, they have remained in your local corner shop, sat there looking at you on the shelves, and probably jogging all sorts of memories of a considerably more wild youth. However, I'll bet you're far less inclined to pick a few up than you were in those days. But, guys, if you like things on the rosy side, you need to know about the latest offering from our friends at WKD. So here's where to buy pink gin WKD.

You heard me, WKD has decided to deviate from its usual colour scheme and release a pink gin flavoured alcopop. Hell yes guys. Where, when, and how much, am I right?

The new bev will be stocked across the country and exclusively available in Londis stores. Meaning it's as easy as popping to your nearest Londis and filling up your basket.

Guys, this is a game changer. And one which is not only a whole new look, but also a serious bargain. For a mere £2.99 you can drink up that sugary goodness. Because dentists need to pay their mortgage too, you know.

Yee haw everybody. This is your time to let loose. WKD is of course best known as being bright, nuclear blue. However ,in recent years they have extended their flavour range to appeal to all sorts of palates. You can get passion fruit, berry, crushed mango, elderflower and blueberry, lemon and lime, and even Irn Bru. You can even buy an entire mixed case if you fancy and taste that damn rainbow.

According to Drinks Retailing News, the new flavours were not only to celebrate two decades of the product, but also to appeal to the adult market. And they didn't stop there guys. Of course not.

They've also created their own range of canned cocktails, which is a big hello to summer if you ask me. They've released a "Cheeky Vimto" flavour, which is a mixture of Port and Vimto popularised after Charlotte Church revealed it to be her favourite drink. They also have an Oh Schnapp flavour and a Passionista flavour too.

If canned cocktails and alcopops weren't enough, some companies have gone a step further. And when I say step, I mean more like a huge leap. As in: move over cans and bottles, there are boxes in town now. Tesco have launched 2.25L boxes of their enormously popular passion fruit martinis. An ideal fridge filler to ensure you're ready for anyone popping round unannounced.